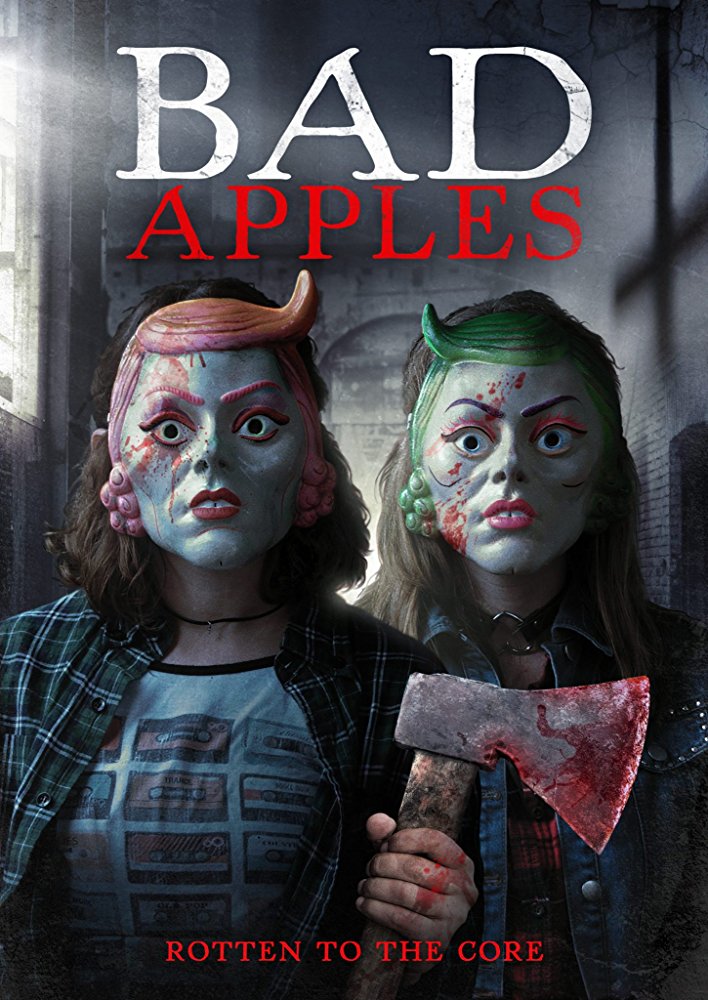 Bad Apples is a movie about vengeance. At least I think it is.  The beginning of the movie we see a pregnant woman getting stabbed to death by her former boyfriend who after realizing that the kids were his also kills himself. Then we see fetuses on the floor in front of the now dead woman. That’s the starting point and oh boy does it get worse from here.

The movie revolves around a couple who moves into the house where the pregnant woman got killed. That’s pretty much the only real exposition we get. Then the movie focuses on two teenage girls who only has the backstory of being the kids of the dead pregnant woman. They randomly start killing everyone and finally reaches the couples new home where they get vengeance? It is just really confusing and makes no sense.

Bad Apples is the kind of movie that is trying so hard to give the viewer a sense of connection to the characters. But when there is zero chemistry between the characters and a lack of backstory, it just makes for a poor movie.

The sound effects are poorly recorded stock sounds with an added reverb to them mixed in with very bland music choices. It creates no tension and sometimes it even gets to a silly level of misplacement.

The one redeeming factor of this movie is the gore. It feels real. Some of the death scenes looks disgusting and extremely well made. The strawberry on the cake has to be the jack o lantern scene.

Bad Apples makes an attempt in making scary silent teenagers into badass murder machines. Sadly they failed miserably and we are treated to a movie that is a waste of time. Just save yourself the trouble and google the jack o lantern scene and enjoy that out of context. Because frankly the context doesn’t matter anyway.

If you want to watch the movie it is available on Amazon Prime.