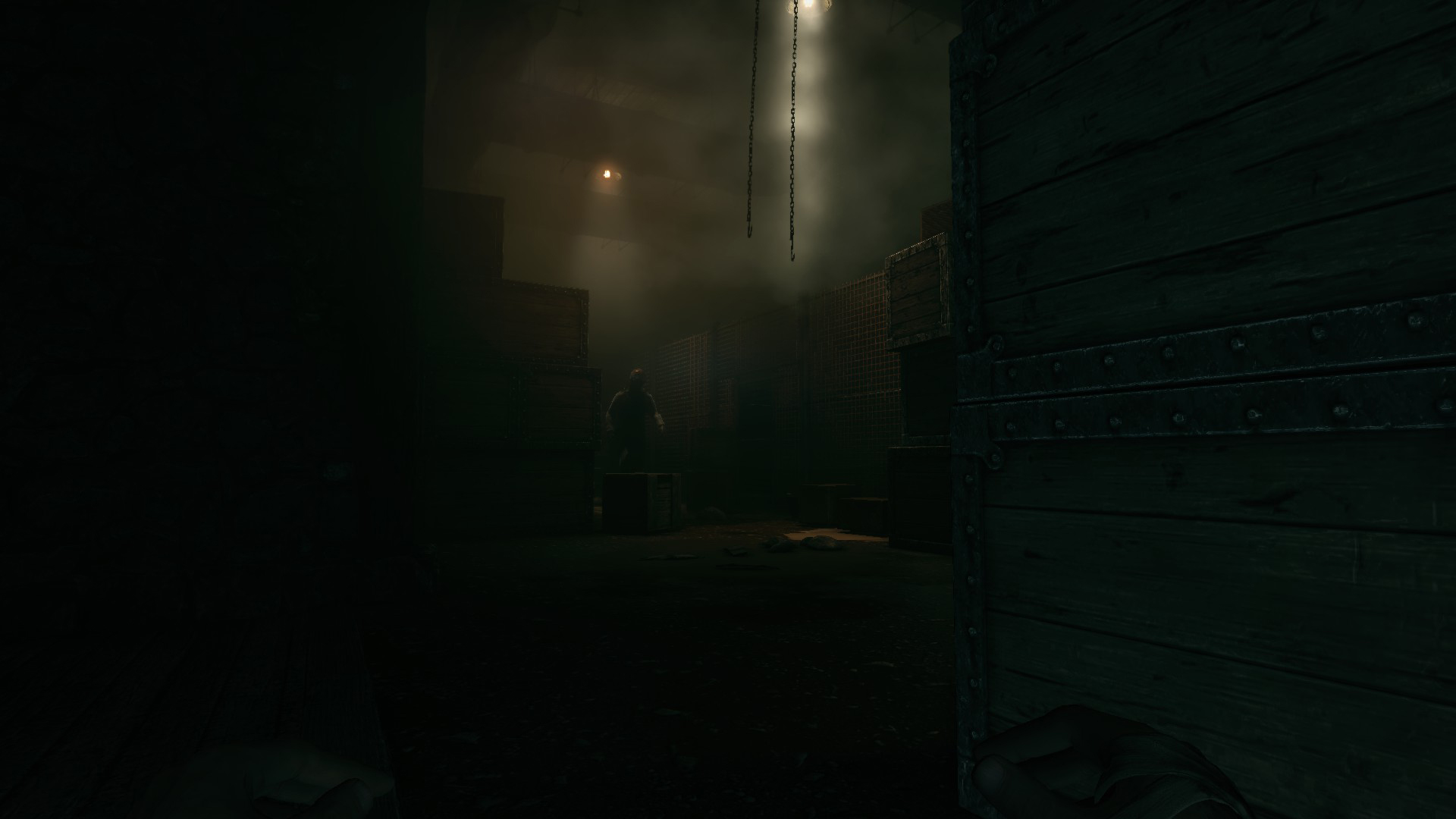 Casually running away from the monster

Lethe is a game that is obviously heavily inspired by Amnesia the Dark Descent. You have monsters to run away from, puzzles and of course having the story presented through notes. The game changes it up a little bit by adding telekinetic powers to your character and the setting is in a mine instead of a house.  Unfortunately it does not live up to the Amnesia standard and here is why.

The story moves way too fast. Without the proper buildup you end up just getting lost by the plot. Maybe it is because I missed some of the notes but I missed some notes in Amnesia too and that didn’t impact my enjoyment. Having a silent player does not help much either. You got so much story and backstory when the character from Amnesia explored. In Lethe you are treated to silence with the occasional monster groan or rushing water sounds.

The game is built in the unreal engine. That becomes apparent when you get the telekinesis powers. As soon as you get the power you are treated to physics puzzles in combination with platforming. This quickly becomes a chore as you realize just how wonky everything feels. Most of the time it feels more frustrating than rewarding getting through an obstacle.

It’s not all dark and gloomy in the mines of Lethe. The atmosphere is spot on. You are in a mine that really feels like a mine with its long hallways and mazelike structure. Walls are creaking and pipes are leaking as you walk along with the music of sad drone soundscapes in your ears.

The monsters are also well placed and can give you a good jump if you are not ready for them. In true Amnesia fashion they are still dumb as bricks though which does have some negative impact.

The story is not that complicated and some of the notes can give someone with an active imagination some truly disturbing mental imagery.

The game is fairly short at around 3 hours +- 1-2 more hours for completionists. The puzzles are not extremely hard but are frustrating because of the wonky physics.

The game has its moments and some good scares with a not too advanced story to follow. So if you see the game on sale I recommend you to pick it up and play it in a dark room for maximum immersion.

The game is available on Steam if you want to pick it up.