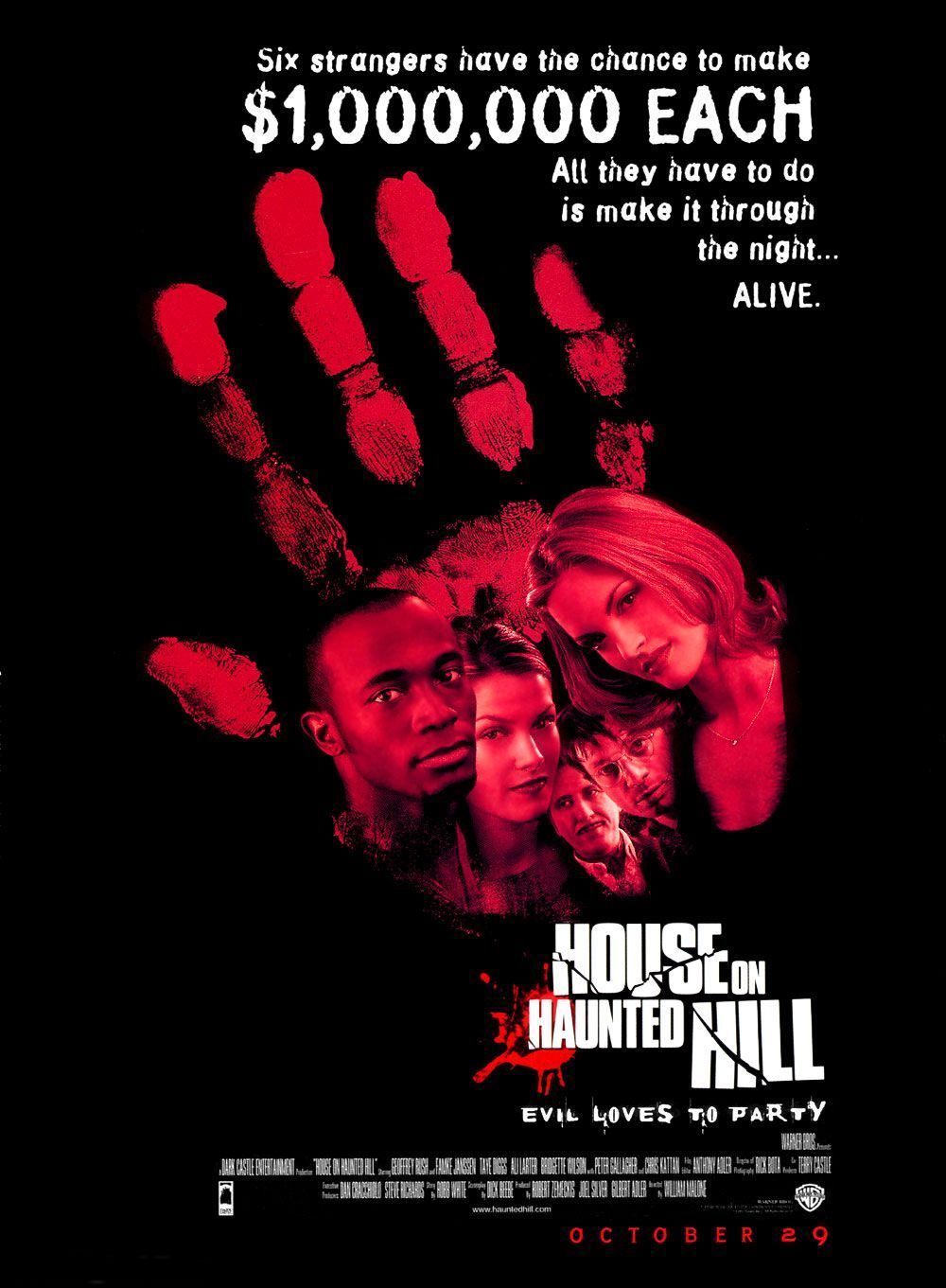 House on haunted hill is one of the many masterpieces featuring Vincent Price. Taking on remaking anything with him is an undertaking that few dare to do. William Malone is one of those madmen.

The story is a story as old as horror itself. Eccentric millionaire offers a huge reward to anyone that survives a night in a haunted asylum. But the guestlist changes into something completely different and BAM. There’s your plot. Of course the house is actually haunted and the house wants blood, pretty standard stuff.

This is a remake with updated story, more monster visuals and more of an attitude. This is the pure definition of popcorn horror. It’s just fun, gross and at times mind bendingly childish. The acting is the pure cheesy 90s over the top kind of acting and it just works. IT JUST WORKS

The monster “design” works well and there is even some good old body horror to freak you out. The 3d designs haven’t aged well at all but it just adds to the droves of charm this movie has. It has some of the stale Hollywood horror elements with its boring generic horror framing. But even though it starts out kind of generic it takes the formula and makes it over the top.

Soundscapes and music is nothing special. I don’t even remember half of it. There are some good orchestral segments but that’s about it. Other than that there’s spooky woosh sounds and it just feels like stock sounds for the most part.

If you are looking for some dumb horror entertainment then I really recommend House on Haunted Hill. The original AND the remake. There is an attempt at real horror and at times you can almost sense that they tried, but most of the times you are just gonna be laughing at the absurdity of it all.