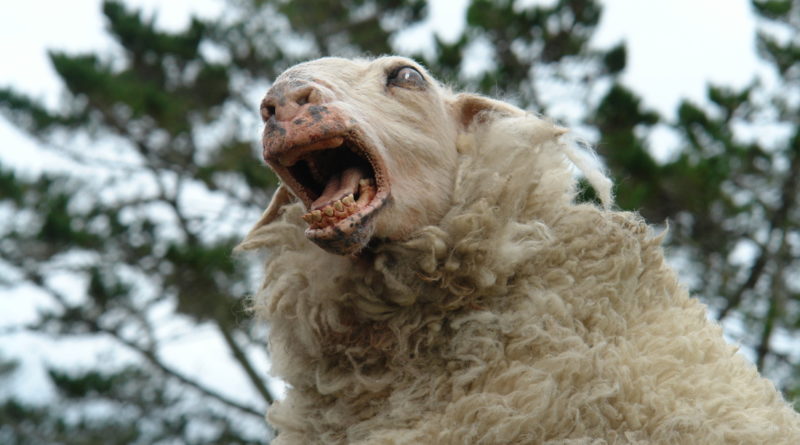 What better way to start off Spooktober than with a dumb movie about sheep? Sheep that eat people nonetheless!

New Zealand is a weird country with an even weirder sheepy relationship. There are more sheep than people in New Zealand (the more you know). The wool industry has to be booming! That is also pretty much the plot of this film. In the pursuit of profit a farm starts to genetically engineer sheep to produce more/better wool and they succeed! With the small side effect of bloodthirsty murder sheep. I mean you can’t win them all am I right? The plot revolves around the characters trying to understand WTF is going on and then fleeing from the murderous sheep. That’s pretty much it.

Alright, let’s get into the gritty parts about this film. Black Sheep has a very bad plot. It’s super simplistic and is extremely straight forward. The acting is alright with some witty higlights from Glenis Levestam playing Mrs. Mac. But I expected some curveballs thrown in my face. Especially some gore filled curveballs filled with that good old gross out humor you’d expect out of a movie about murderous sheep! With all that said it still carries some weight. Some good bloody scenes, some chuckleworthy humor and some good dynamics between characters. Sadly it just feels uninspired.

Black Sheep does not take itself seriously. That’s a good thing. It “pays homage” to other films which is code for uninspired aha humor. The story is so predictable that the only thing that kept my interest, was that I knew a new sheep attack was right around the corner. If you like to get drunk, watch braindead alright gore movies then this is for you. If you have already seen quite a lot of humorous gore movies and kinda know what to expect, then drink some more and maybe you’ll get a chuckle out of this one as well.

Also… There were hardly any black sheep. SHAME