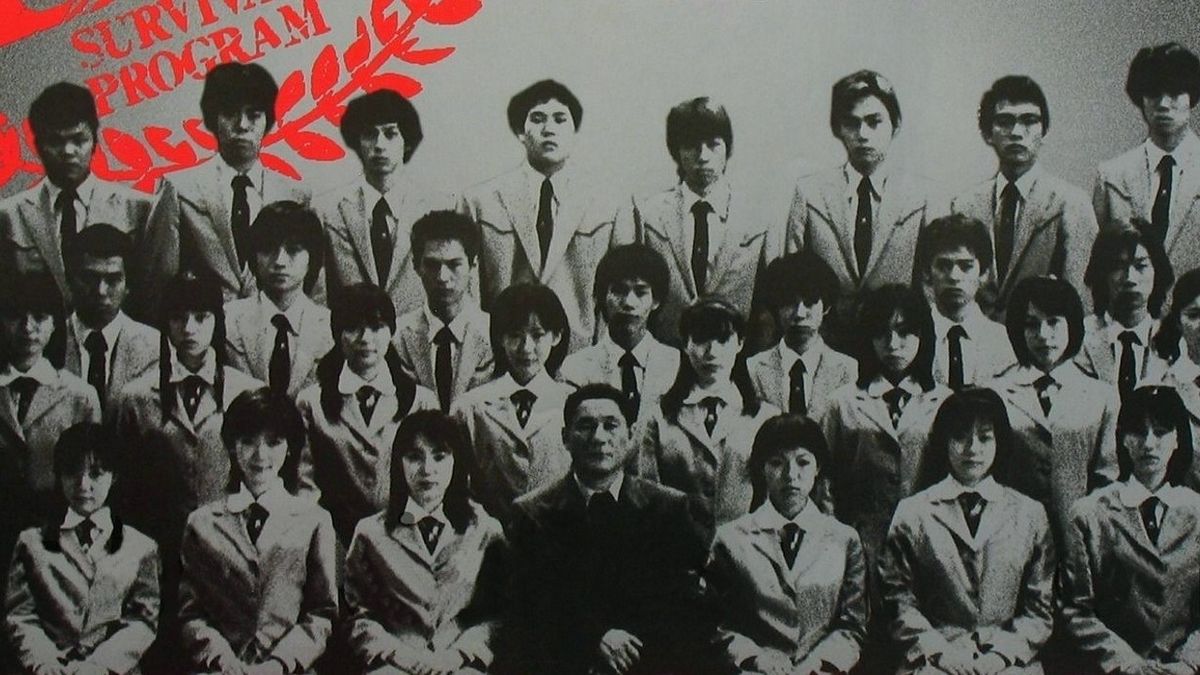 When I went to high school we didn’t really have punishments. A little scribble in your record was like the worst thing that could happen. Never suffered detention or even got chewed out by a teacher. But the Japanese sure knows how to punish unruly students! Put them on an island and force them to violently murder each other. It… Builds character I think?

So the plot goes something like this. Them darn kids are behaving like hoodlums. They should appreciate life more. Well why don’t we enforce a new act prime minister? We take a bunch of ninth-grade students from all over Japan, dump then on an island and let them fight each other. The last remaining person gets… To go back to school! Brilliant right? Let’s call it the “Battle Royale” act. Then everyone cheered and this movie was born!

This is a joy to witness. It’s experimental Japanese moviemaking at its best. Based on a book that’s just as experimental in concept. Battle Royale is raw, unfiltered and at times kind of terrifying. Imagine having an unruly kid and all of the sudden the state takes the kid away to what is essentially a death camp. The concept can make the most horrorhardened stomach turn a little bit.

Unlike most body count horror horror, this movie actually manages properly introduce us to the “victims”. In short burst I have a feel for the characters and understand their simple but likeable characteristics. At times I could feel like the cast managed to pull me in and I would start to root for certain characters. It’s a bizarre emotion to have considering the theme.

You will not see any ninja moves in the fight scenes, it is simply raw teenage panic fighting and that makes it even more impactful. The lessons and discussions about basic human values such as trust and friendship comes across naturally and doesn’t feel forced. This is certainly one of the few body count movies that manages to actually make you think and feel. A thorough recommendation from camp Nuclear! Lastly: I hope you love the teacher as much as I did!