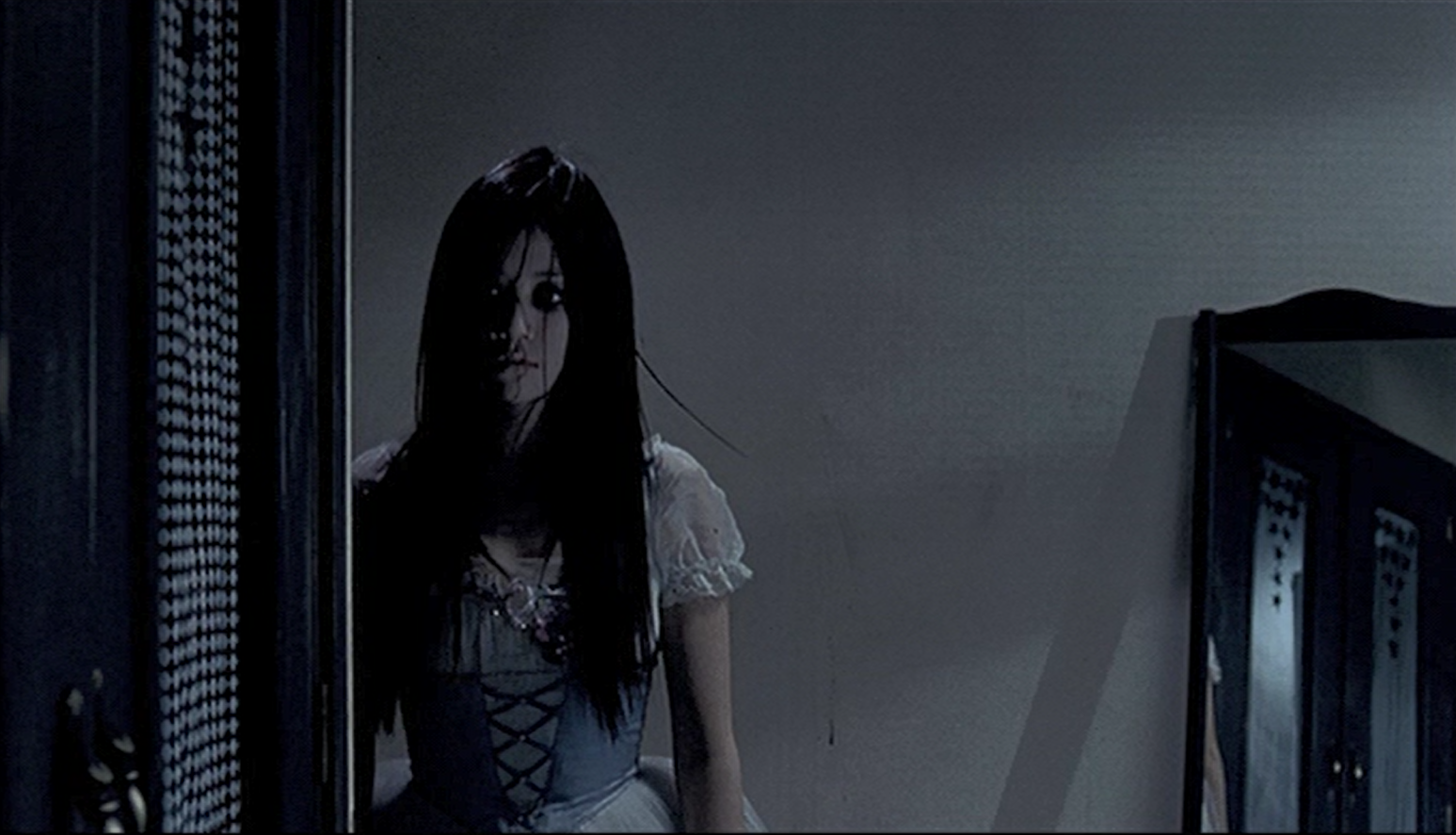 The horror power house that is South Korea did something great with Wishing Stairs. It gave me similar emotions as Battle Royale did. It made me feel a lot of complicated and kinda of scary emotions! It’s horror stories that focuses on feelings and the human side of existence that really gets to me. Not the big spooky ghosts, monsters or even the dead coming back to life.

This is the third installment in the Whispering Corridors series and I am going to be completely honest. I have not seen any other entries in the series but that didn’t matter. Wishing Stairs stands on its own two feet as a standalone (get it?) movie, that can be seen without the context of the other entries.
The plot is about a legendary stairway that has a secret step. If this step appears you will be granted a wish by the magic fox. The lesbian ballet student Kim So-hee is in love with her passive girlfriend and also the student Yoon Jin-sung. Yoon jin-sung finds the secret step and wishes to beat the favorite So-hee, in a competition for the single spot in a fancy Russian school. Well wishes are finicky since that means that So-hee dies. It’s a complex plot so it’ll be easier if you just watch it for yourselves.

What is interesting about this movie is all the emotionality. There is a heavy emphasis on being obsessive. Obsessive about weight loss, love, winning, sport etc. That is where it shines, in its capability to show raw emotionality in ways I haven’t really seen in modern horror. It has all the elements of a drama with a love triangle but it manages to skew it into a great horror experience. It has some paranormal stuff but it could also just be the characters delusions which makes it even better. Not knowing what is real or not is hard to execute, but when it’s done right… Damn does it work!

Wishing Stairs is part of a bigger series and watching this out of context makes me curious about the rest of the series. If this is the weakest one in the series then the series is hella strong. I hope you enjoy this very effective psychological horror drama as much as I did!