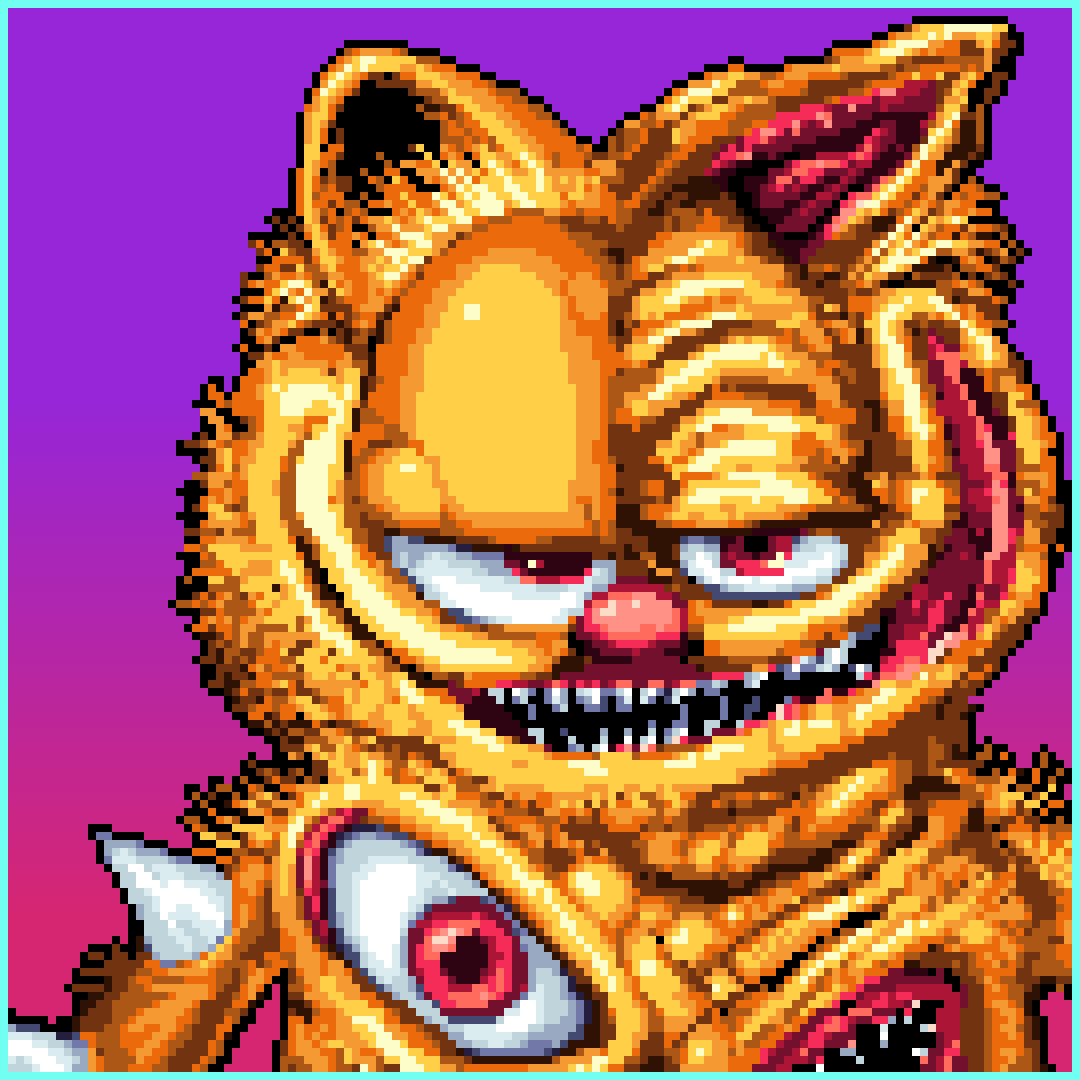 In the horror genre and especially on the Youtube side of horror, the name Lumpy Touch might be familiar to most of you! Lumpy is just your run of the mill animator and artist. With the exception that his art is fucking bonkers! Oh and he does games too apparently! An all around grand creator!

I stumbled upon this gelatinous mass of creativity as I was scouring the net for some good old Garfiled and BAM. Garfield Gameboy horror video eh? I watched it, rewatched it, rewatched again with my friends and then lastly… Watched it again. Every time finding a little more and more details. Some easter eggs, some reference and of course more Garfield. After that I started to watch all of his content, looking forward to every new installment like a kid on Christmas. If that kid wanted a fleshy blob for Christmas of course.

This little feature might be shorter than usual but that is because there isn’t much else to say. Lumpy Touch is a rare Youtuber/animator that needs to be watched to be understood and appreciated. So drop whatever it is you’re doing. Start to watch the Garfield video and then go on to his rather big library of other creative horror content. It’s a lot of horror but also some great comedy put into the mix which makes for an all in all entertaining channel to watch!