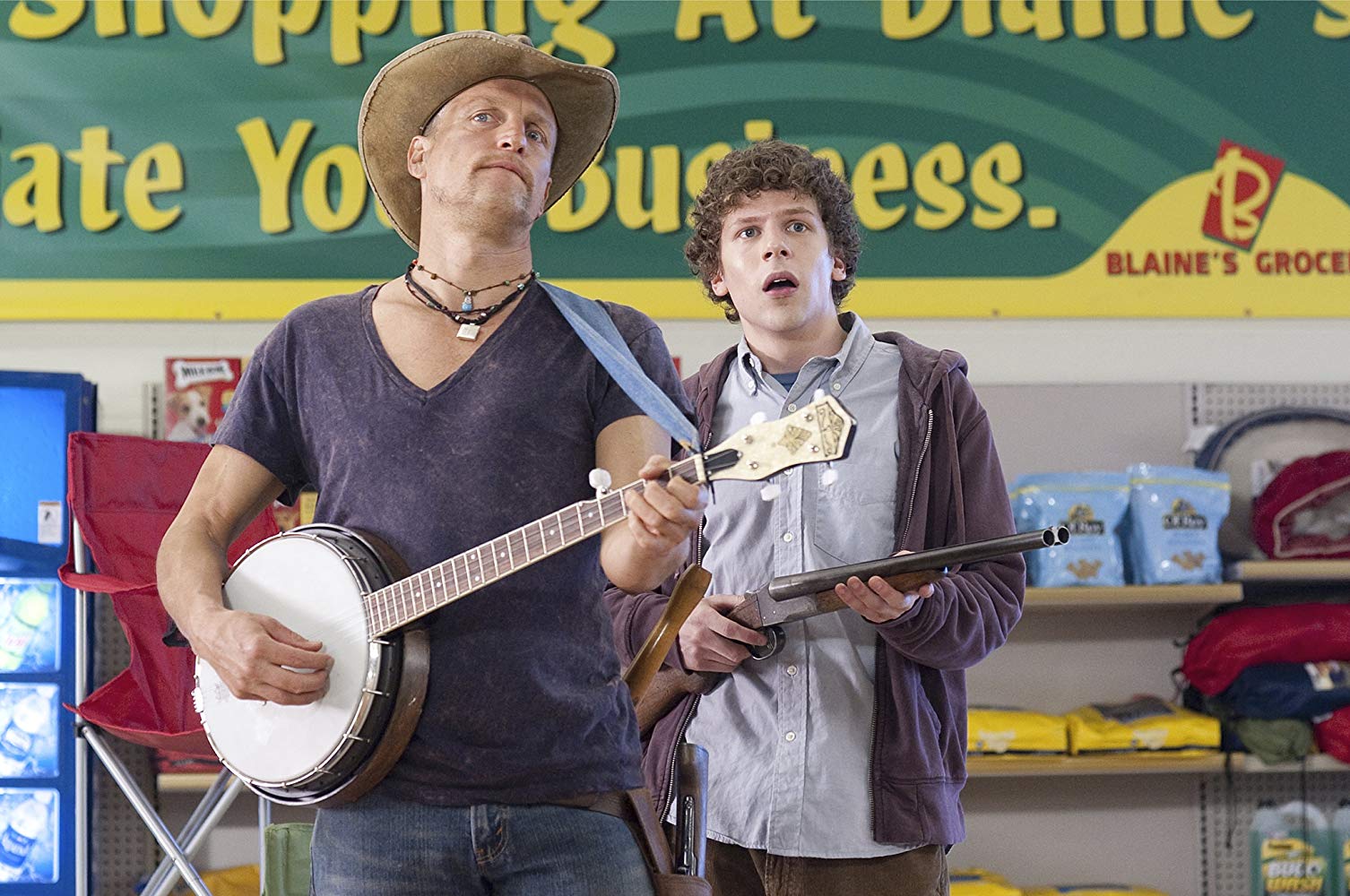 Would you kill for a twinkie? In this deep philosphical exploration of a twinkie maniacs mind we find out. Oh wait? It’s not that deep nor that profound? Oh it’s a zombie movie? Shit, I must have mixed up my notes. Alright, a zombie killing comedy movie! That’s what Zombieland is!

A shy college student searches for his parents. By following strict rules to survive in a post zombie apocalyptic America, he starts his journey towards Ohio. On his way he gets picked up by a pretty weird roughnecky kinda guy heading to Florida. As they team up they find two girls on their way to an LA amusement park and then… Well the rest is spoilers!

Zombieland has two actors in it, that I really love. Woody Harrelson and Jesse Eisenberg. Both of them play off on each other in perfect harmony. Their chemistry is fiery and hilariously well done. Add Emma Stone to the mix and we have a trio that works extremely well. The pacing, the visuals and even the music works in symbiosis to make a fun as hell experience. There is even a segment with Bill Murray that is NOT drawn out and boring as his current stuff is.

I watched this in preparation for the second movie coming out in Sweden this week. I was worried that I was wearing nostalgia goggles and that it would have aged poorly. But it had not! Still one of the best zombie comedies of all time. It has timeless jokes and it’s just a joyride from start to finish. On top of that the characters have a lot of heart, love and just feels down to earth. It’s very rare to see a zombie balanced like this, but it’s a welcome sight!

Drop whatever it is that you’re doing and get on watching this! Then go and see Zombieland DD! I just really hope it’s good as well.