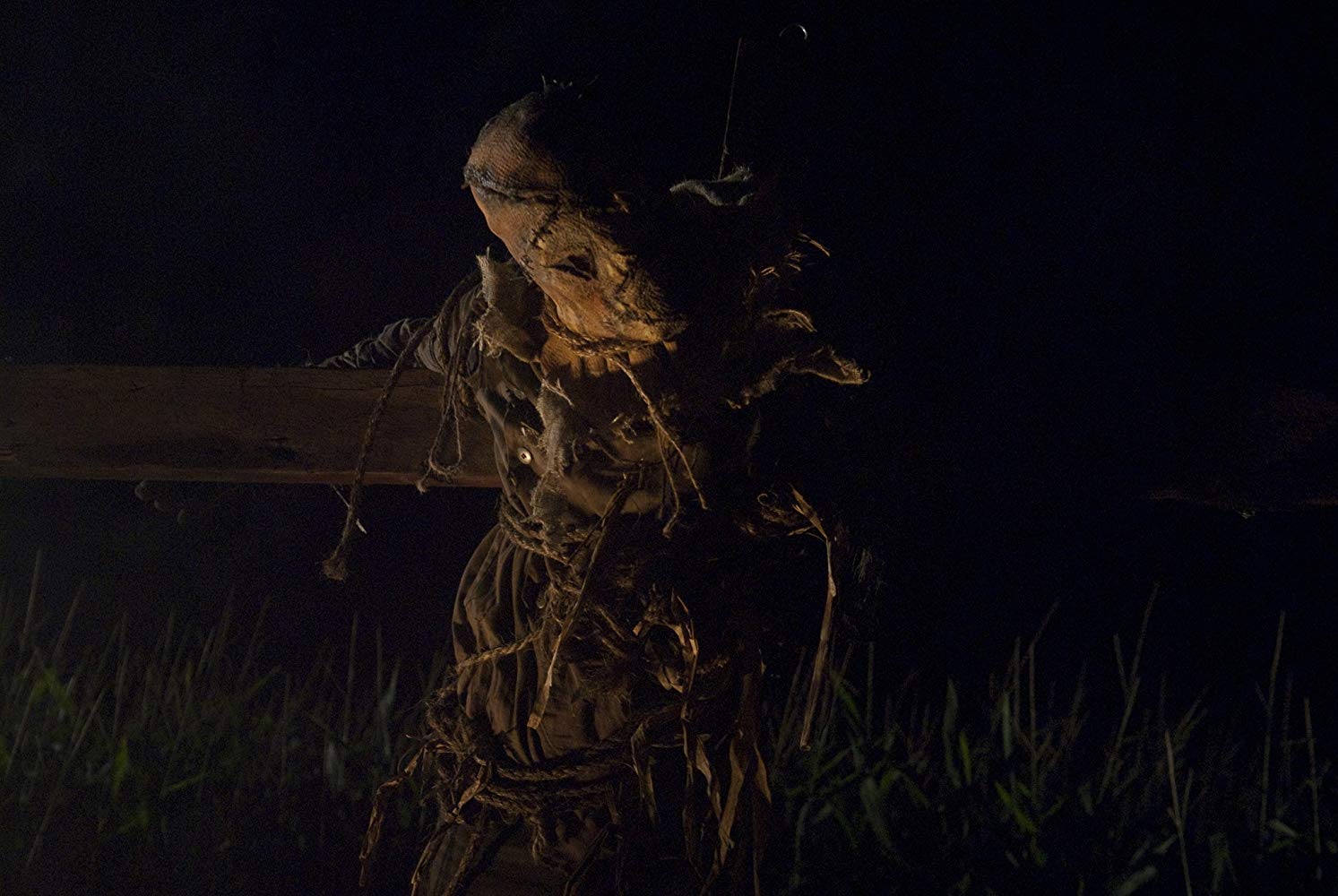 Oh boy! A group of friends hit a bunch of birds and now they’re stranded. Oh look there’s a spooky house! Let’s explore! It feels like I have seen this movie. Again and again and AGAIN!

The premise is as simple as it is boring. Generic friend group no 1353 is on (insert roadtrip here) and bam BIRDS, car fails and they’re stuck. They find a house and suddenly everything starts going to shit. The characters are not interestingly introduced so you end up not caring about any of them. The villain is a scary scarecrow that murders. There we go, that’s the plot.

As you can probably tell. I wasn’t a big fan of Husk! It’s predictable, with unlikeable characters and it just reeks of being generic. It follows a simple one by one pattern of taking down one character at the time. Then we slowly show the others reactions and then it’s back to killing. When you have seen this a thousand times without any formula shakeup it gets a yawn out of you at the best of times.

This is apparently a remake of Husk from 2005. If this is supposed to be the improved version I would not want to see the original. The acting is okay and the soundscapes are generic but well done. If there is a message in the movie, a deeper meaning perhaps. Then it’s extremely well hidden! One neat thing about this movie though! It has nails in it and they are used in a rather creative way. Props for that one at least!

There is no need for anyone to watch this. There are dozens if not hundreds of better slasher movies. Skip this and watch Amusement instead. It has some depth and actual human characters. This is one that will be forgotten by next week and frankly, I think no one will miss it.