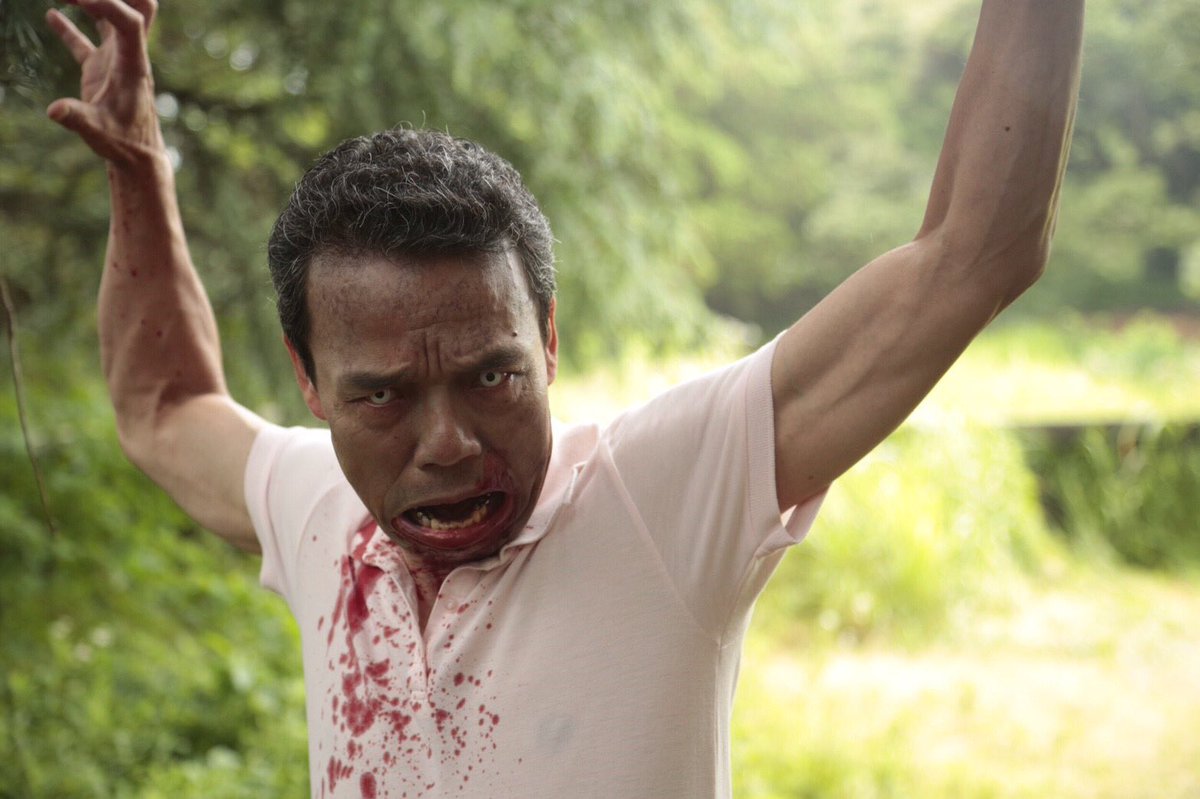 One cut of the dead is a 3 act twist on the entire zombie genre and its tropes. It is a low budget film that is hyper aware and it sets you up for some of the best laugs in zombie comedies up to date.

I saw this film early this year at its only cinema screening in Sweden. I laughed so hard at times people probably thought I was crazy.
The movie is built on three acts and here are the non spoiler versions of them.
Act 1 is about a filmcrew trying to make a zombie movie without any real budget. Suddenly real zombies attack and the director gets the great idea to keep filming. Never stop filming! Hilarious carnage ensues.
Act 2 is a surprise, a short surprise that builds up act 3.
Act 3 is where it all makes hilarious sense and this is where I started to cry with laughter.

One cut of the dead takes a lot of the boring tropes of zombie movies and makes fun of them. I have previously said that Japanese comedy can be hard on a western audience but in this case it translates rather well! It takes its low budget and uses it to its full advantage. The acting is over the top and fun, the cinematography is top notch and at times you wouldn’t even notice the low budget. In a dying genre (pun intended) such as the zombie movie this was really a breath of fresh air.

If you love meta humor, fun acting and zombies then this is one of the greatest movies out there. It might start out slow but bear with it and you will be rewarded handsomely. It’s filled to the brim with references, humor and of course lots and lots of creative heart!