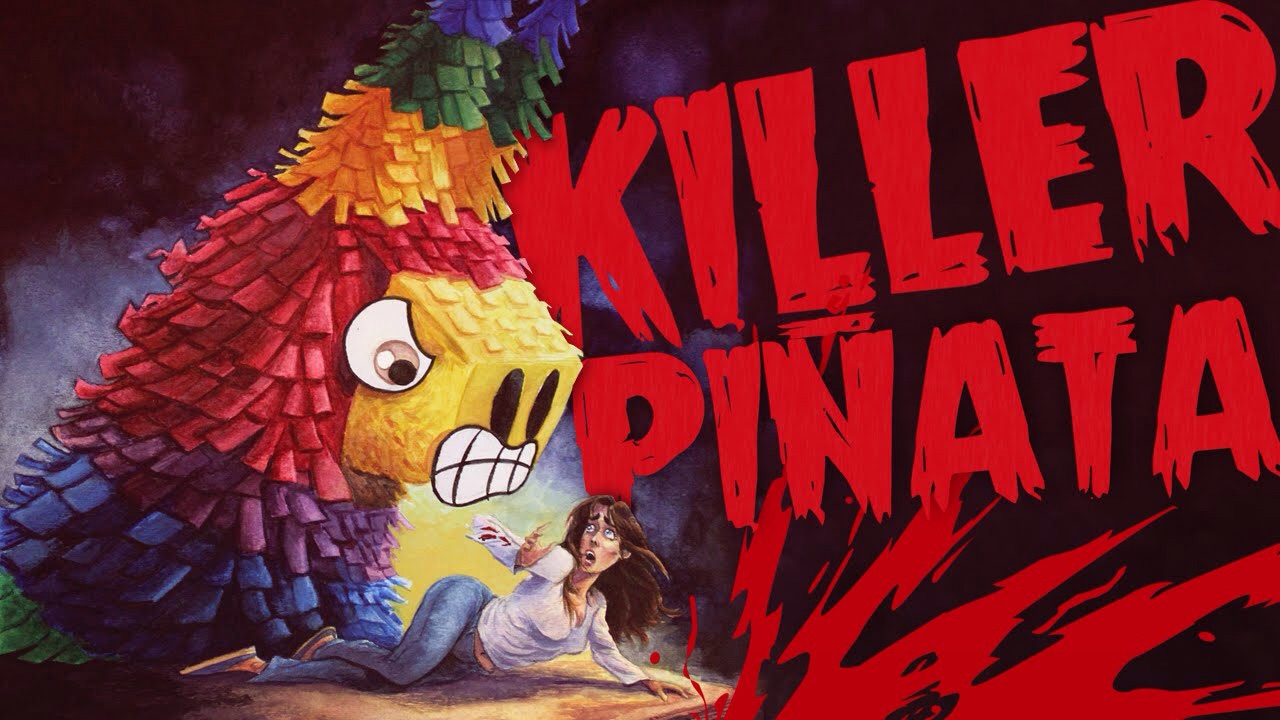 Time to try something new. I went to Amazon Prime Tv and started scrolling. I tried to find the most stupid sounding thing on it and BAM Killer Piñata! Now this is a no budget, ridiculously dumb and it’s frankly a wonderful thing!

Seeing your friends get brutally slaughtered in front of you. A baseball bat hitting them over and over and again, then on top of that they eat their insides. It’s enough to make any Piñata go absolutely insane. Simply put this is a revenge movie with the stupidest villain ever. An evil murderous and colorful Piñata!

I don’t know where to start. Killer Piñata is a mess, but a pretty straightforward mess. At first the no budget is apparent following the first few murders. But then it suddenly ramps up, in both grossness and production value. The humor is very bad and forced but at times they hit the golden Wiseau standard of “so bad it’s great”. That’s where this movie shines, in its absolute shittiness!

Let’s talk acting. This is the kind of acting that is bad in a different way than Wiseau acting. You can see them smiling at inappropriate times, sometimes even almost bursting out into laughter. At times it feels so stale you could use the actors as bread for ducks. But when the Wiseau shows itself it becomes awkwardly funny and boy do I love a good awkward actor.

In the gore department there is decapitation of one kind of head, realistic and gutwrenching vomit and that’s pretty much it. They did what they could with their budget and frankly it’s enough for this kind of film. Apparently there was an attempt at a sequel with Ron Jeremy but I am happy it failed. Not because I have any ill will but rather that it is in the extreme low budget this kind of movie shines. It’s a fun flick that I do recommend! Watch it on Prime!