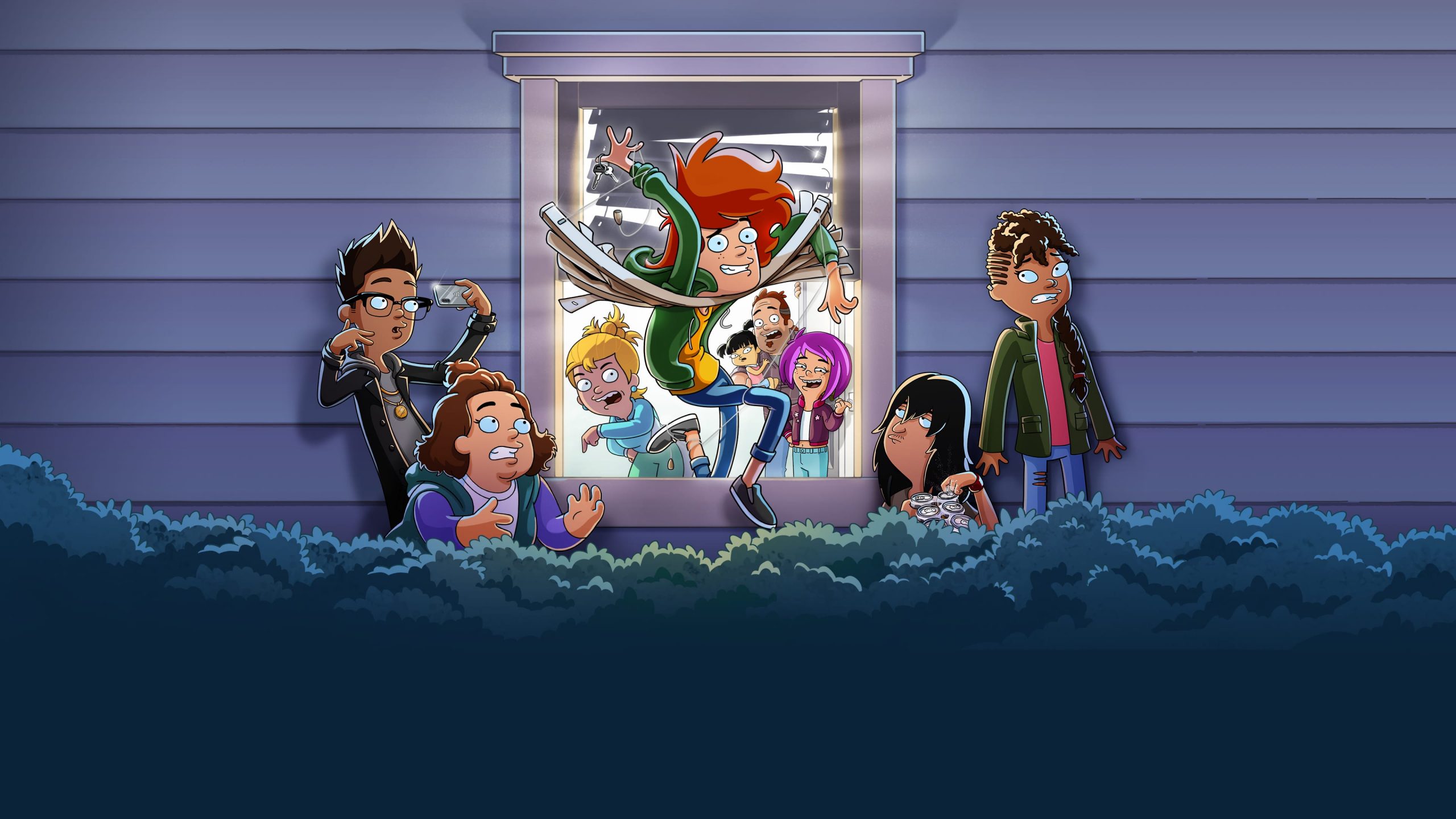 I realised that Amy Poehler, the creator of Duncanville is pushing 50! I am pushing 30 and am very curious if Duncanville can be relatable to me. We going relatable bois!
On top of that Amy Poehler is joined by Mike and Julie Scully known for some of the funniest Simpsons episodes out there. I just hope there’s substance enough here to keep me entertained.

The premise is at a glance pretty basic. Teenage kid, with an angsty sister, a mother who wants more out of life and of course a life crisis rock dad. Oh and there’s also a five year old adoptive sister. It’s sitcom based so I am not expecting any grand reveals or scheme. Rather I just want to watch characters that I can relate to do a variety of stuff.

After watching the first six episodes you get a true feel for the world and characters. It’s suburban, life crisey (that’s a word now) and surprisingly relatable. I was genuinely surprised at how well the character dynamic is. Usually I am so used to the whole slapstick fart Meg in her face kind of dynamic. But this on the other hand feels like an actual family. Yes they do get to do some outlandish stuff such as visiting an evil corporation in a mountain as an example. But even then the writers manages to keep you on course.

The more I watch, the more engrossed I get. Characters are mundane and predictable which is an advantage for once. It’s their characteristic boring exterior that makes all situations that much better. At times you can even glance some actual character development. Which is something that I genuinely hope for in future episodes.

This year has been rough thus far with fires and pandemics and stuff. Hopefully we can all gather together and watch silly cartoons. If you enjoy these kinds of first impressions make sure you read some more of them!