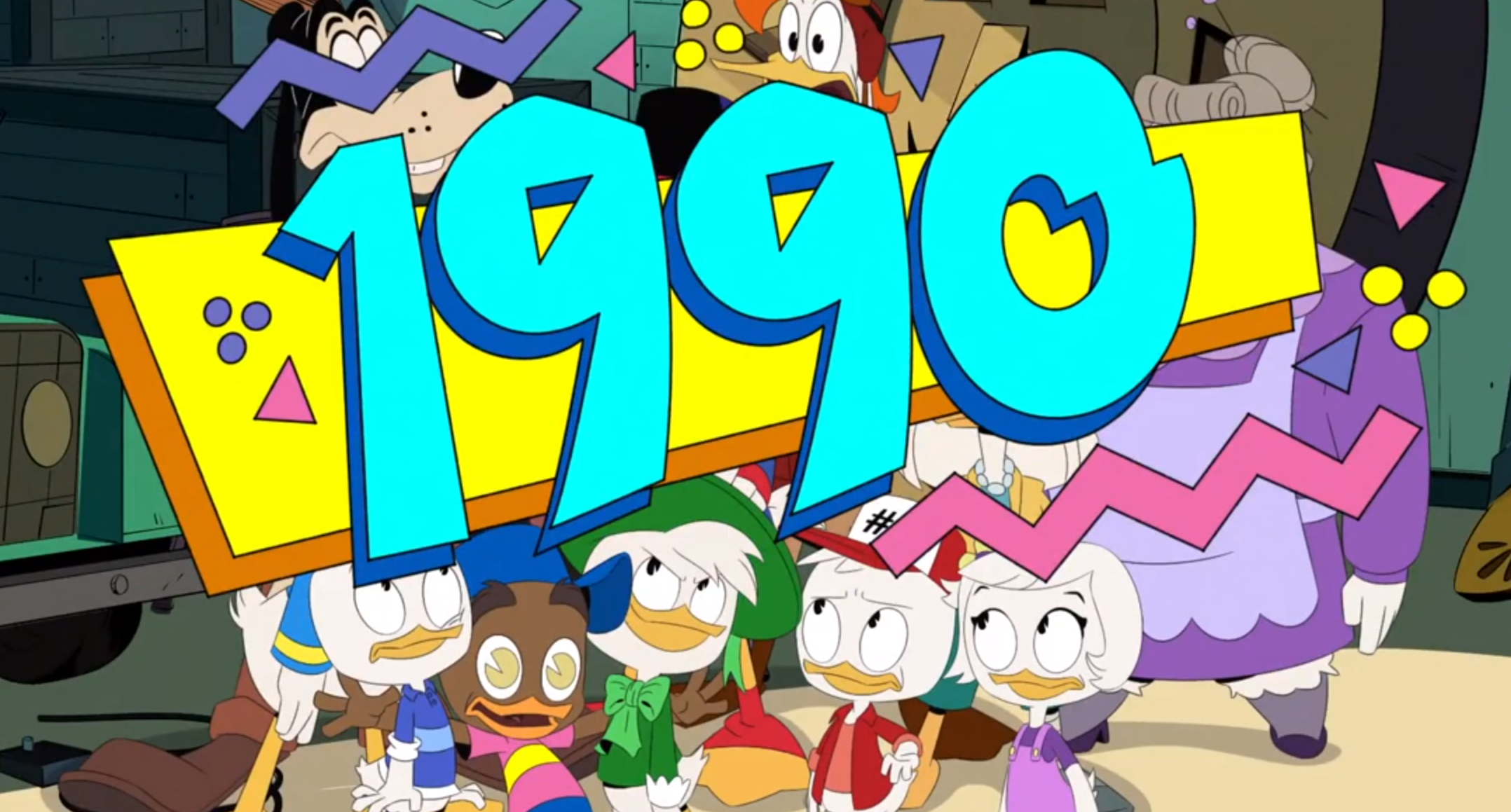 WHAT A 90’S THROWBACK! That is the only thing lingering in my head after the second episode of the two episode premiere of Ducktales season 3.

Now that we finally have all of the villains we’ve ever wanted it’s time for some developing plot right? NOPE, here’s a gag on 90’s sitcoms for an entire episode and hey, I’m not complaining about that one bit. The first episode is sort of a drag, being about the junior woodchucks which to me is as interesting as the filly episodes of My little pony. But the ending has a few good bits to it. Showing a new explorer, opening for new adventures and of course reminding us of the league of villains to come.

I realise that I haven’t really written anything about Ducktales on this blog at all so here goes a quick recap of my experiences with this show. Growing up in the 90’s this alongside Darkwing Duck and Talespin was my go to show. It had great chemistry between characters, humor to the brim and a lot of fantasy adventures in the duck realm. Hearing of the comeback made me scared of getting another horrible remake of something I loved as a kid. But Ducktales manages to keep its charm even with modern animation and modern jokes.

In episode 2 there were a common spoof that I was worried wouldn’t work. Remember all those sitcoms back in the day? With the horrible laughtracks and awkward pauses between jokes? Then after the fact it became a meme haha funny tv trope kind of thing? Every show running long enough have made a spoof about this by now. Now you can add Ducktales to that list. Lo and behold it actually worked and I even giggled at a few of the gags which is rare when I watch tropey stuff. Oh yeah and Goofy made a cameo making me dream, yet again of a Goof Troop remake.

I have high hopes for this season. More Darkwing Duck, more interesting villain than the boring Magicka De Hex and of course more uncle Scrooge. Oh how I love that wrinkly old capitalist duck. This year might be very good for animation as a whole. I really hope so at least. Oh and in true Disney fashion you can only watch this on Disney+ if you also have Disney on cable beacuse… Reasons. Enjoy!

What even is horror?