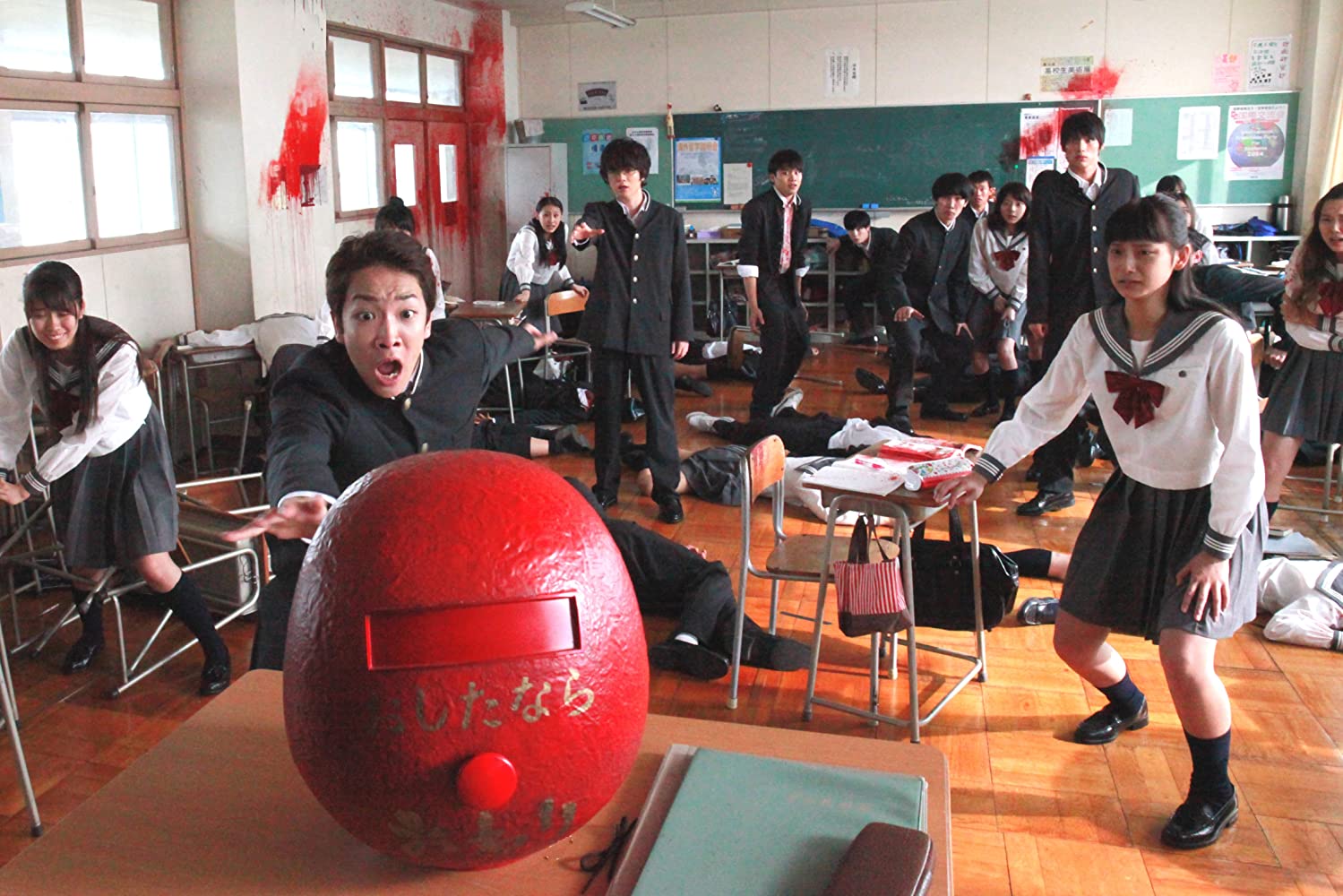 As The Gods Will is one hell of a ride. The plot is basic but invites more depth if you start to pick it apart. That’s extremely rare for a gore semi comedy to attempt. The premise is rather basic. A highschooler goes around wishing life wouldn’t be so boring. Then BAM, time for games of death. Deadly versions of red light / green light and cat vs mouse are just some of the deadly games that the characters are introduced to. The characters are as deep and profound as Kraft Mac & Cheese. They get the work done but you won’t feel much consuming their personality (that analogy worked better in my head). You have your awkward nerd that’s in love with his childhood friend, the super nerd and of course the absolute madlad that just wants to see the world burn.

Going into this I wasn’t expecting much. But As The Gods Will had some of the best animation I have seen for a movie like this. The cat, the Daruma and even the Coca Cola bear looked absolutely gorgeous. Even the gore effects looked good albeit goofy, not like bad goofy but the charming kind of goofy. This is a pretty great slumber party gorefest. Bring your friends together, drink beer and watch the pure stupidity unfold. Sadly the movie is based on a manga and it ends with a cliffhanger that is yet to be resolved. But it managed to get me to look into the manga and the manga is just as good and goofy as the movie.

Before I pass judgement I must talk about the director. As The Gods Will was made by none other than Takashi Miike! You know that insane guy that was responsible for Audition and Ichi The Killer? I am happy to watch him make something more light hearted but still in the true Miike fashion of gore and insanity.

So grab some saké and enjoy the insane ride that is this goofy gorefest. It also features some humour that can be translated to western audiences much like One Cut Of The Dead. One of my new all time favorites in the goofy gore genre (that is now a genre).