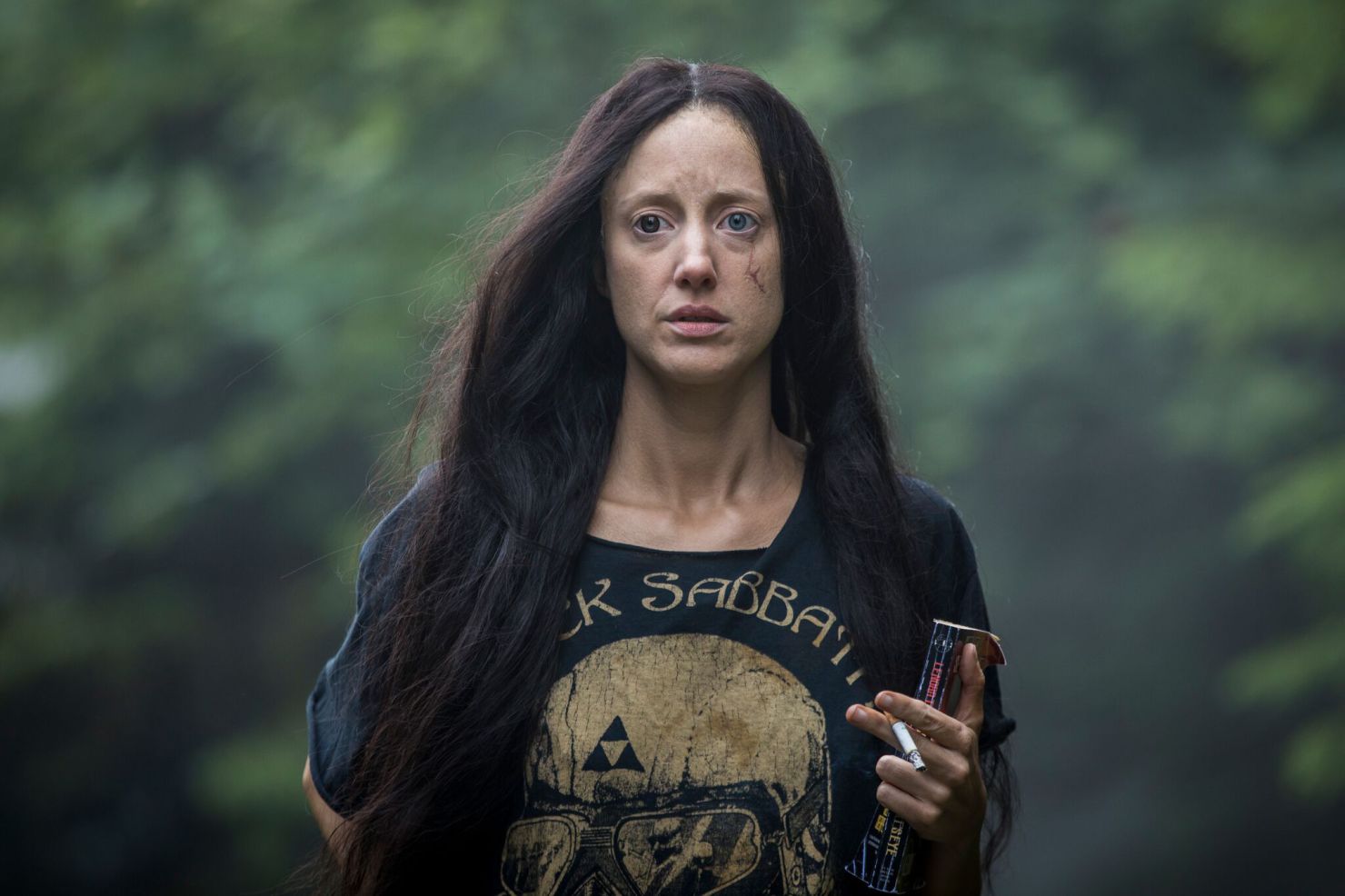 Nicolas Cage, an uncanny valley girl and lot’s of LSD-soaked symbolism. That’s a pretty decent summary of the insanity that is Mandy.

Cartman said it the best. FUCKING HIPPIES! Mandy is a movie all about revenge. Happy little couple out in the woods, suddenly a hippie cult leader alá Charles Manson sees Cage’s wife and decides to kidnap her. You know ordinary hippie stuff. Of course after this a few other things happen and Red (Cage) looses his shit and decides that he has nothing to live for. So he goes after the cult with bows and axes. It’s Cage at his best and most demented. All done in 80s LSD aesthetic.

Mandy is the kind of movie that does not slow down. Continously bombards you with weird imagery, violence and sense of dread. There is no rest, no respite or time to sit down. It is a never ending bombarding of your senses and emotions and damn is it done well. For being a big budget film it really has the comforting smell and look of a Grindhouse revenge flick doused in psychadelic horror. On top of all that there’s the references. Being an 80s movie it has Reagan sound bytes, animation reminding me of Heavy Metal and the ugly lovechild of Jim Jones and Charles Manson.

The ever lasting question that rings in my head after watching Mandy is, was any of it even real? It is a movie about insanity and loosing everything and with a plot as thin as an American lager it isn’t really explained. That said I am not even sure if I’d want an explanation. I enjoy the pure emotional and visual carnage that it gave me.

If you are to watch this movie though I’d recommend that you do not do drugs! The hardcore visual and droning soundtrack will probably give you a very bad time. Otherwise enjoy the LSD soaked gorefest that is Mandy. I sure as hell did.