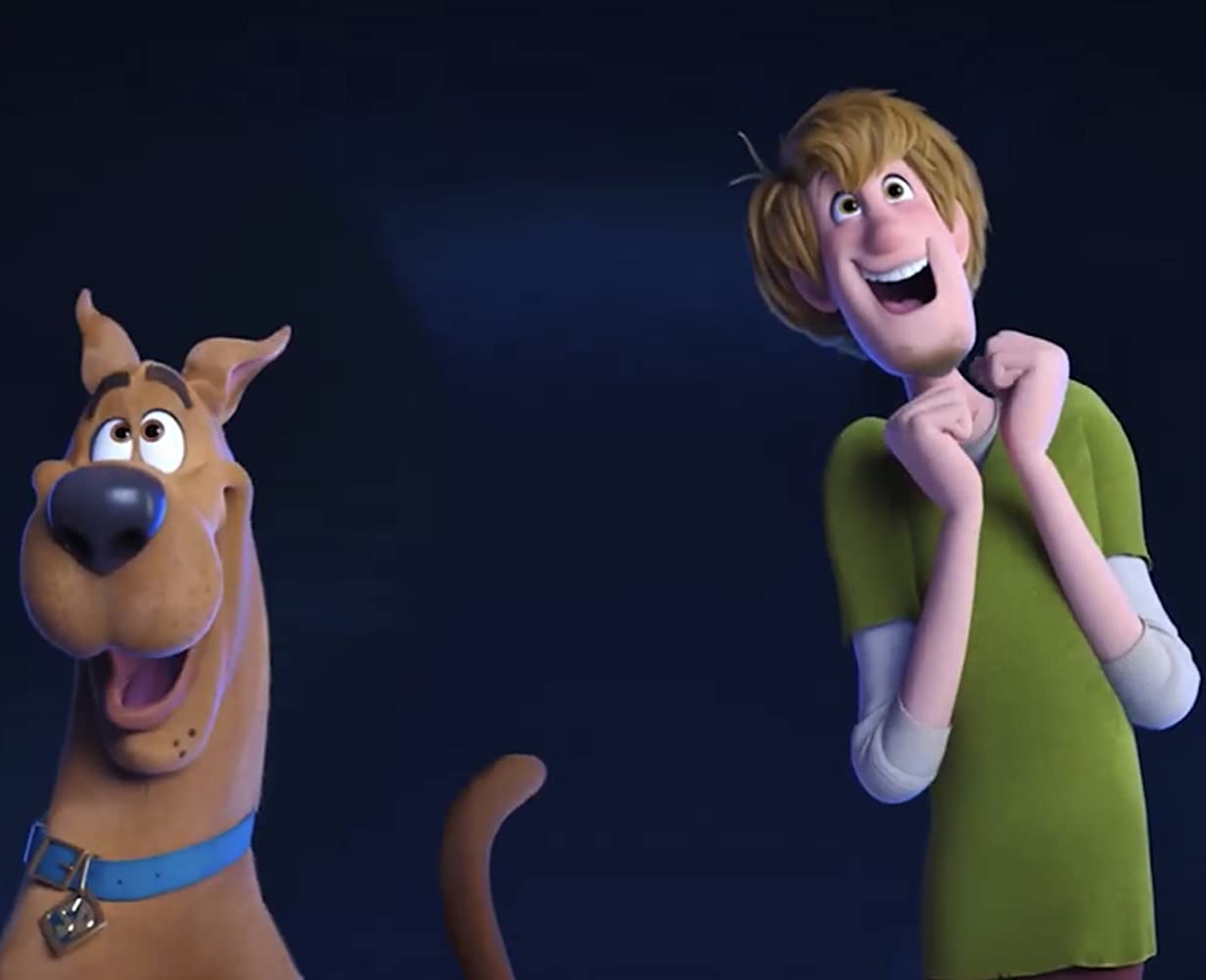 I have been watching Scooby Doo since I was a baby. Movies, series, comics you name it and I have probably consumed it at some point. With Scoob! they have changed stuff around. Zac Efron as Fred and Will Forte as Shaggy are some of the bigger changes. Shaggy is a tough role to handle so let’s see if Will succeeded or not.

In these darkest of times cinema have moved to the online sphere. Which I am fine with because that meant I could watch Scoob!! It takes the formula that makes Scooby Doo what we cherish and love and then THROWS IT OUT THE WINDOW. No real mystery but rather a regular villain hunt with none other than Dick Dastardly as the villain. Changing up the way the story is presented and told was a ballsy move but in all honesty, it actually worked out pretty decently. The story is as follows: “origin story” of Shaggy and Scoob followed by a villainous plot to open hell to get rich(?). It’s not very deep nor does it need to be since it’s Dick Dastardly being the villain.

I enjoyed the animation style. Every character made the transition to 3D without any weird glitches and nothing really felt off. The animation could be stale at time thought but that’s probably because of budget restraints. This will not by any stretch become a classic and that is because of the humor. It’s extremely 2020 with references to Tinder, Minions and other popular meme style jokes. It works extremely well but if I were to show this in 10 years or so the jokes would probably be rather obscure. The voice acting cracks at times and it looses some of its charm. It just feels off at times.

My main takeaway from this is the co existence of all of Hanna Barbera. It bodes well for future crossovers and hopefully Scoob! will make a large enough splash to warrant more crossover movies in the future. If you don’t mind a thin plot, millenial humor and a little bit of an off branch in the franchise I recommend this film fully. If you’re a Scooby purist I’d stay away and keep on trucking with the direct to video films instead. Also don’t eat Scooby snacks, they’re actually pretty shitty.