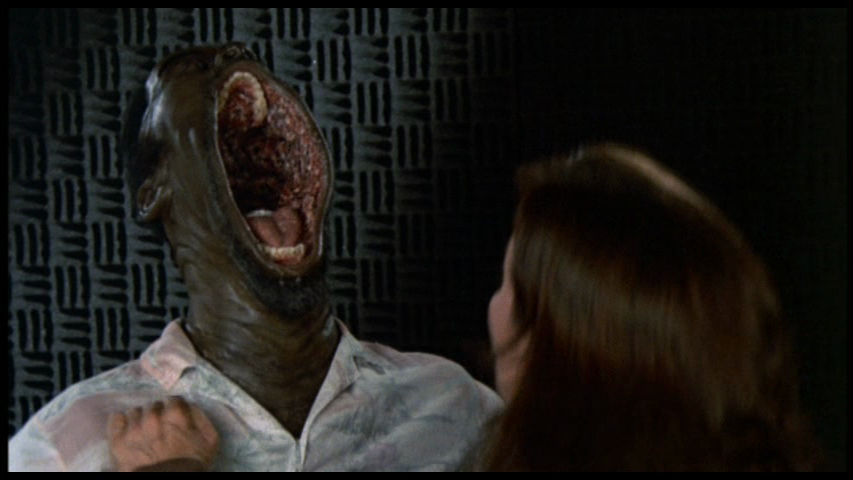 I used to eat so much marshmallow fluff. Put it in ice cream, I ate it out of the jar and I even dipped my crisps in it. I was a pretty gross… Early twenties guy.

Capitalism satire in semi horror packaging. I’m down to stuff myself with The Stuff! Essentially the plot goes something like this. Man finds goo in the ground that tastes great. He sells the goo knowing (or unknowingly) that it is an extraterrestrial monster that takes over its host. Suddenly the whole country goes crazy for this new product and it’s up to a corporate spy to save the day.

Two things stand out more than the other things. The generic “black man” and the casual racism being thrown in got me shocked. Not because I consider myself very PC but rather that I am so unused to blatant racism in film nowadays. The second thing that really stands out is the badly cropped green-screen. Everything feels like it has decent production quality except any scenes containing a green-screen. But it is a very thankful thing since it adds a lot of hilarity to the mix.

Do yourself a favor. Go to the local supermarket, get some marshmallow or even some marshmallow fluff, and watch this. You will laugh at its pure silly nature. Just don’t expect any kind of scares since you know… The monster is literally white goo.