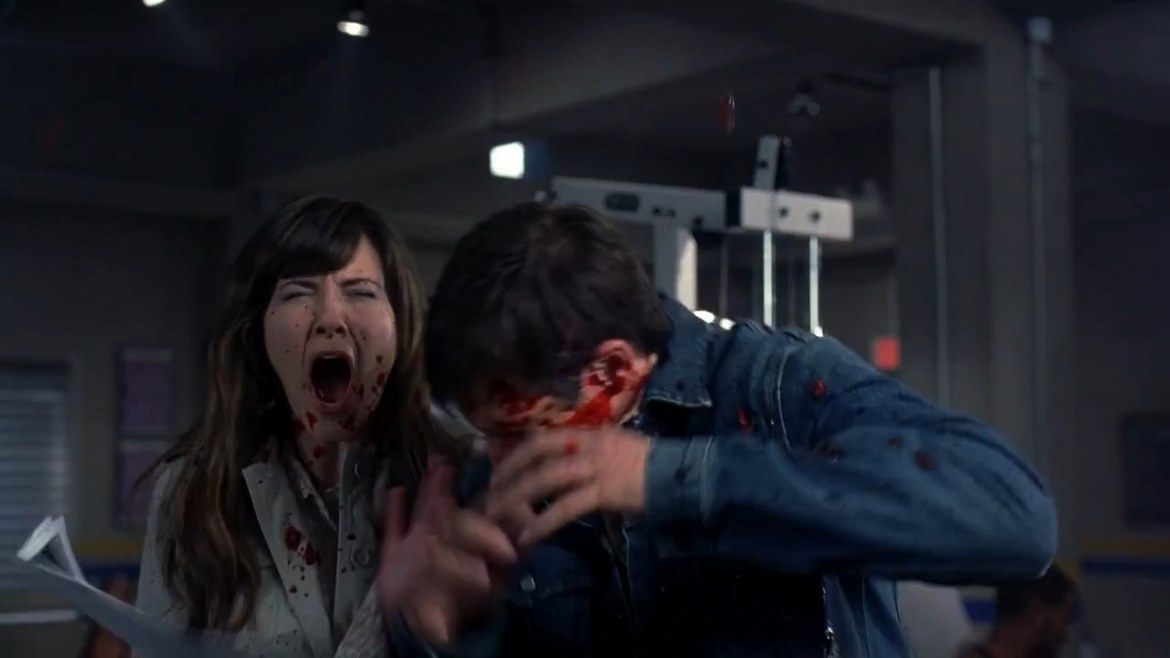 Kids go sploot in creative ways. That’s how these things start right? But this time we’re at a theme park and my hype flew through the roof. Until I realized this is Final Destination, this is just where they die. Saddened by this fact I sat back and spent another hour thirty in the Final Destination franchise.

Bunch of kids, one premonition, and one deadly scheme. We got the formula down by now. This time it’s no different. Hysteric girl this time, nobody but one believes her, when people start believing her they all die, etc. But you don’t really come here for the plot anymore, do you? This is more about gore and creative chain of events and I would say they still deliver!

Since the plot has gotten so formulaic to the point of ridicule I have to say I am worried. In a few hours, I am going to watch the fourth one and I do believe that unless they switch stuff up I might get bored with the gore. I know, I know, it’s rather unfathomable but I genuinely might get bored.

But Final Destination 3 manages to deliver creative ways of death and plenty of body sploots. Surprisingly the acting hasn’t really worsened which I am thankful for. But we are back at too many people to care about to form any kind of bond so I don’t really care about anyone other than their eventual death scene. Music is still very early 2000s which I am rather fond of so plus points for that detail.

I still recommend this as a trilogy. It works and it’s a very fun ride. Enjoyable gore and the first movie at least almost made me think that there might be a puzzle (puzzle was death, always was). I hope that I will be able to enjoy the last two entries but we are now on the edge of staleness. Please don’t fall over the edge, Mr. Death.