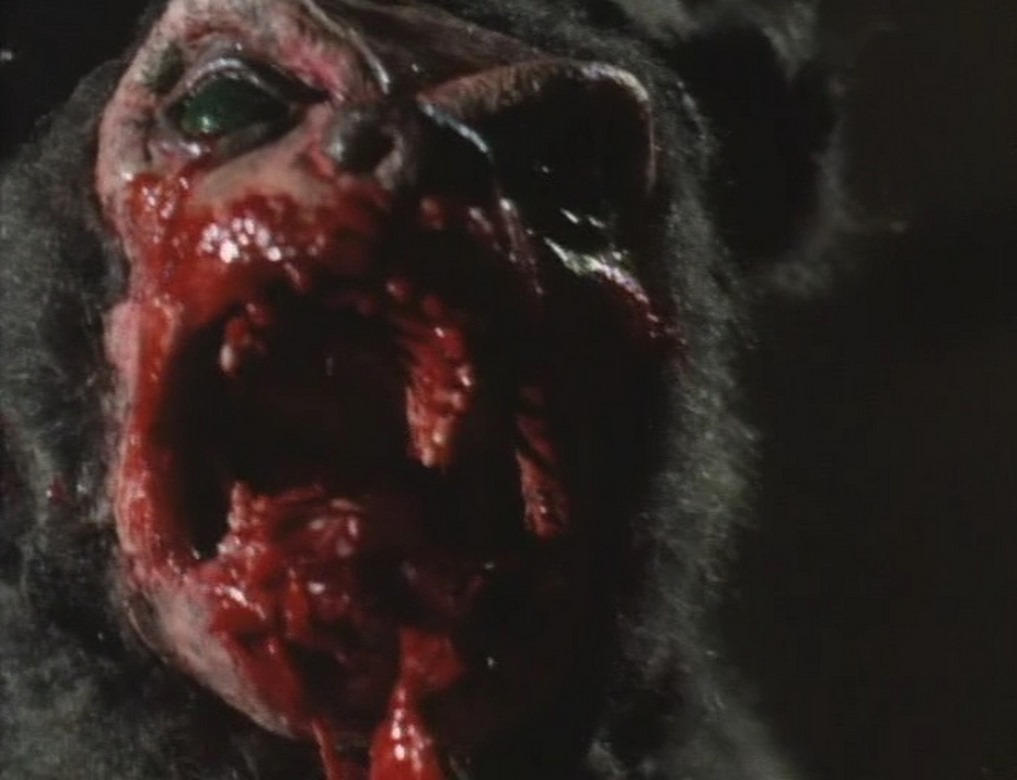 Ever since seeing Chucky I’ve had quite the fascination with possessed toys. Demonic Toys is a concept I would in theory love but except for the occasional gore and horribly fun writing it gets dull very quickly. Let’s dive into the demon realm!

Hardcore cop woman goes with her fiancé(?) to a weapons deal to catch some bad guys. Shit goes totally wrong and he gets shot and she goes into a rage and runs after. Straight into a warehouse full of toys, an obese security guard, and a nihilistic chicken wing delivery boy. Oh, and did I tell you that there’s also a demon being summoned by possessing toys and killing everyone?

There are quite a few strong points in Demonic Toys that get absolutely shredded by piss poor acting and horribly bad writing. There’s a good plot here buried by weird directions and characters that are just annoying (especially the criminal). Having the setting in a warehouse was a good choice and the choice of toys was also excellent. Their animation is a bit janky but it works in its favor since it caters to some kind of uncanny valley. But what makes this movie into something great is the dialogue of Oopsie Daisy the doll. It’s one of the funniest things I’ve witnessed in quite a while.

The music screams of 90s attempts at orchestral soundtracks but fails in that cute 90s way. It gets so over the top that some scenes just didn’t work at all because of the silly attempts at suspenseful music.

All in all it’s an okay flick. Don’t go in expecting anything great and you might get some chuckles out of it. If you can stomach the poor acting and odd choices of direction. The demon was a pretty good character though, so there’s always that saving grace. As a B movie it’s good and as a “real” movie it’s just okay.