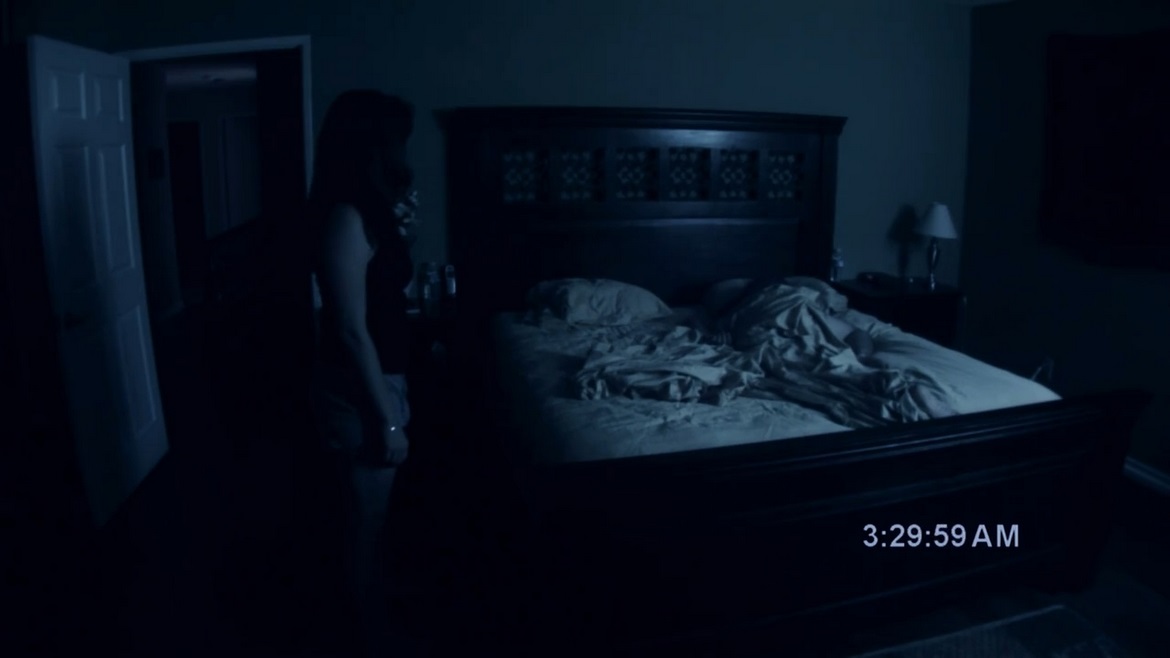 I will start this off by prefacing that I am not a horror movie person. I mean, I’m not even a movie person. There is a reason why I am a TV-Boxset kind of person, I can only stay concentrated for so long and unless I am really engaged with a film, chances are I will get bored eventually. Whilst I did get incredibly bored watching Paranormal Activity, it was over and done with by the time I lost concentration. This is probably the nicest thing I will say about this movie.

I confess I was not a fan. I recognise that if I had seen this on release in the movie theatre it would be slightly more entertaining and possibly even vaguely interesting. Unfortunately, I was watching this in 2021 in a time of well-done found footage movies and this just did not make the cut. The acting is sub-par which is easily forgiven when you consider the budget the first film in the series had, what is not quite as easily forgiven is the boring writing and the complete lack of tension. For the bulk of this movie, you sit there watching a pair of unremarkable, forgettable people sleep, and occasionally he will make an insensitive remark, they will argue, and she will cry. Asshole boyfriend and long-suffering girlfriend, welcome to every movie ever.

When something significant finally does happen, you know exactly when it will because for most of the film it follows a very simple formula. They go to bed, we see a time-lapse of them sleeping, the time-lapse stops, spook. And I am being generous when I say something significant happens, we don’t see any big scares until the very end of the film. For the most part, this movie is primarily about a boyfriend who does not listen to or consider the wishes of his long-term girlfriend. I understand his desire to rectify the situation and protect her, sure, but his delicate ego played a part here.

One major thing I wish this film had done better is the psychological aspect. I would have loved to see them both slowly succumb to a state of desperation. This would have surely made sense considering the 3 weeks of sleep deprivation and the whole being terrorised by a paranormal entity thing. Instead, the house is still spotless, they both look healthy and well-rested, and as far as we can tell they are both continuing to work and study with little to no issue. The one effect it seems to have is the continued crumbling of their relationship. This feels inevitable though because he was a bit of an arse from the very beginning.

I genuinely do wish I had something positive to say about this film, I can see why people enjoyed it but for me, it was just lacking everything that would have made it an interesting, watchable movie. I sincerely hope the next couple of movies in the series are more enjoyable because no doubt Emil will force me to watch those too. Out of the three of us, Serry was the only one to have seen this movie already, he was also the only one of us left feeling satisfied once the credits rolled. I am cautiously optimistic for the second one, the budget for Paranormal Activity 2 was significantly bigger however that doesn’t always make a significant difference so we shall see.