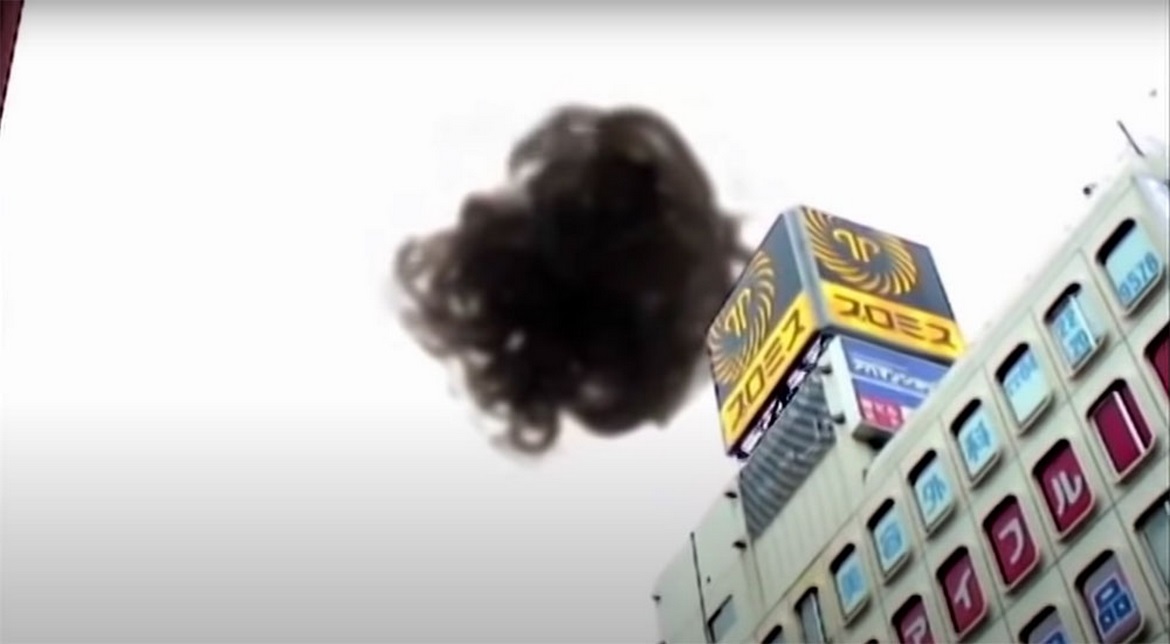 The movie starts out by introducing us to an incident, where several people are attacked at a seaside walking path. This seems to have profound effects on the survivors, as well as the next of kin, of the people who were killed. Early on there are connections made, to the supernatural, and the documentary crew that we follow through the film research into this topic, along with one of the survivors, to see if they can make any sense of it all.

The survivor that we (and the documentary crew) follow through the film, Shohei Eno, begins to experience a vision that he thinks is connected with the attack.
We, through the documentary crew, delve into the research of the incident, Japanese deities, spirits, as well as the mental struggles of Shohei, as he tries to get on with his life as a day-laborer in japan.

Throughout the film, the soundscape is driving a feeling of unbelief, desperation, mania, and unnaturalness that I think is strangely fitting, even when we follow Shohei into a 1 yen shop to see what groceries he buys. (A day-laborer in Japan, has to be very particular about what he can afford.)
It delivers an interesting and saddening view into the lives of the poorer unemployed population, be that accidental or on purpose I cannot say.

As we follow Shohei through his struggles with finding a job for the day, being given a few yen by the documentary crew, them giving him a camera to film himself throughout the day, we also notice his seeming descent into what I can only call, utter madness.

But is he mad? Or are we being given glimpses into the mind and worldview of someone who has been touched by a deity or spirit?

The ending of the movie presents us with quite a moral dilemma.
If you believe in a deity, that sends you on a quest.
Should you give in, and perform it no matter what?
Or should you question it?

Would you be able to question it, if you believe said deity is present and talking to you?

I don’t really connect emotionally with this, or indeed any film, and I can’t say if this film is scary to other people, but I think it might be?
Depending obviously on your own tolerances towards horror and what you find scary.

In conclusion, I’d say that this film is certainly worth a watch, as is any film by Koji Shiraishi.