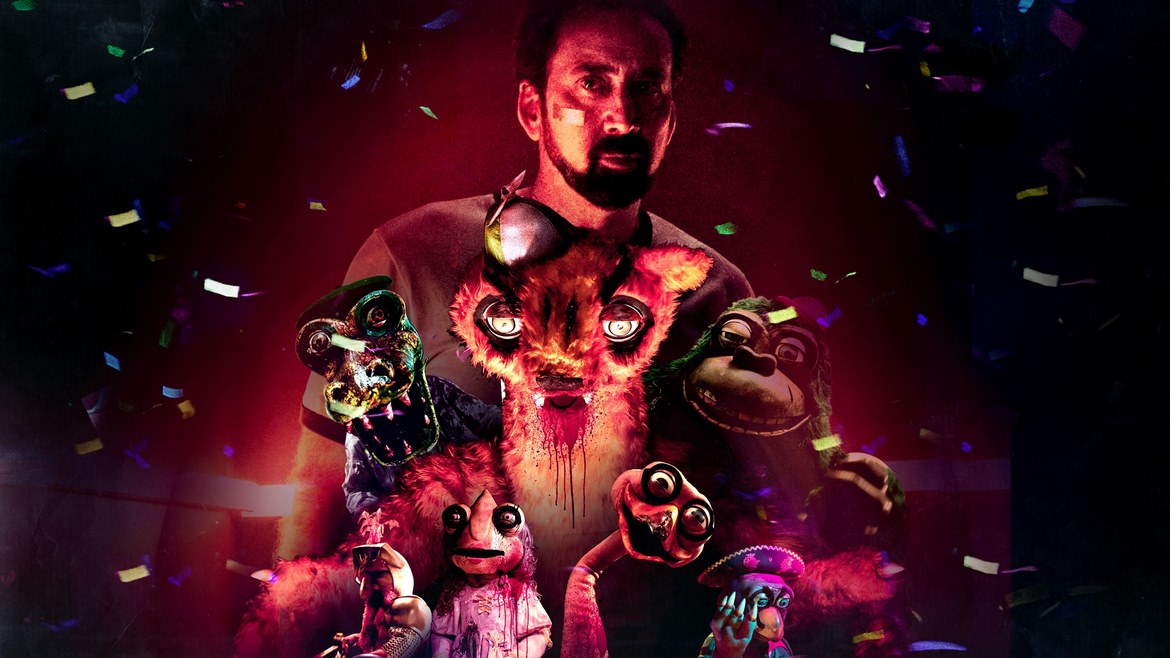 Nicholas Cage is a badass in Willy’s Wonderland. There, I pretty much summed the entire experience up in one sentence. But with that said, I have opinions and thoughts as per usual. So let’s dive into the animatronic meat of this “horror” movie featuring a mute Cage!

The lone badass driving down the road in the middle of nowhere. Suddenly a spike trap ruins his day and he is trapped. Thankfully the happy mechanic and his friendly entrepreneur companion has a deal for him. Clean up an old pizza place that used to be an entertainment center and we’ll fix your car right up! Seems easy enough, but why did they have to lock the door? Oh well, nothing bad has ever happened in an old pizza place with lots and lots of animatronic animals.

Compared to a certain other film featuring animatronics this one actually does them justice! They move creepily and sound like actual machines. Yet they fight like humanlike creatures and spew oil blood like no other being! With that said, Cage fights them bravely and silently. It is rare and sort of uncanny to see him play a silent protagonist but it works extremely well here. The supporting actors do a damn fine job as well even though they all play sort of cardboard roles.

For me personally, the movie stinks of the 80s in the best kind of way. From the animatronics and the weird pinball scenes to the soundtrack and knock-off energy drinks. It’s all just a great homage to the pointless horror-comedy genre and I am here for it. It’s all available on Netflix and I thoroughly recommend giving it a look. I sincerely hope that Cage takes on more weird indie projects in the future cause this is where he truly shines!