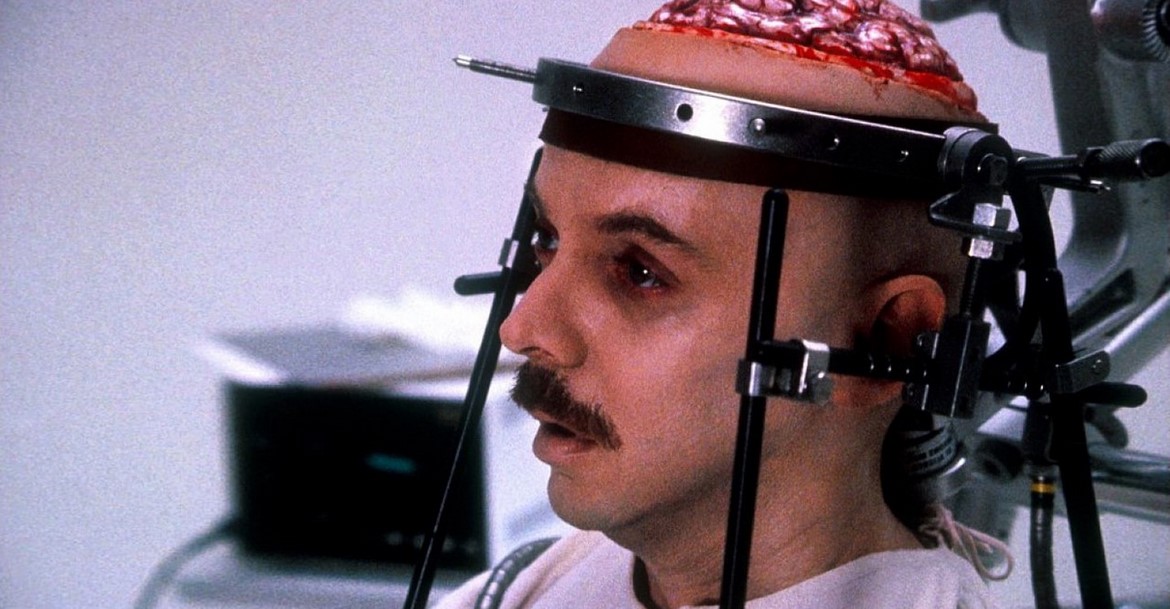 What if mental illness could just be taken out like in the movie Braindead? Consider this, you are terrified of spiders. I mean life-altering levels of terrified. Well, what if you could just poke the bothersome part out of the ole’ noggin’? Well, this and a whole lot else are discussed on a few different philosophical levels in this movie. But is it any good or does it just end up being confusing bullcrap without substance? Only one way to find out!

Braindead explores the ethics of rummaging around in the human brain and the what if mental illness was transferable? It does so simply by forcing a neurological scientist to do a risky surgery on a man for a very mysterious reason (something about numbers in a formula). When doing this something goes terribly wrong and we as the audience are pulled along on quite the journey. The story is fragmented at best, runs at 150mph, and manages to do the impossible at the end. Namely, to pick up all the loose threads while still leaving room for speculation.

The soundscape with the music and the effects all feel very 90s with droning synths and generic squish sounds. As it is not too offending or offputting this gets a pass. The acting is supported by some C-list names and manages to not feel too over-the-top which this theme tends to fall into. The gore and special effects all work tremendously to convey the utter confusion that Braindead is. Pair this with some great camerawork and you have yourself a semi-traumatic ride of confusion to enjoy.

Braindead is quite something I have to say. I came into this movie not really knowing what to think and left with the exact same thoughts. It is one of those movies that will require a few days in the oven to be able to truly appreciate. I would say if subjects of insanity, neurology, and a bit of on-the-nose capitalism are to your liking. Then so will this movie!