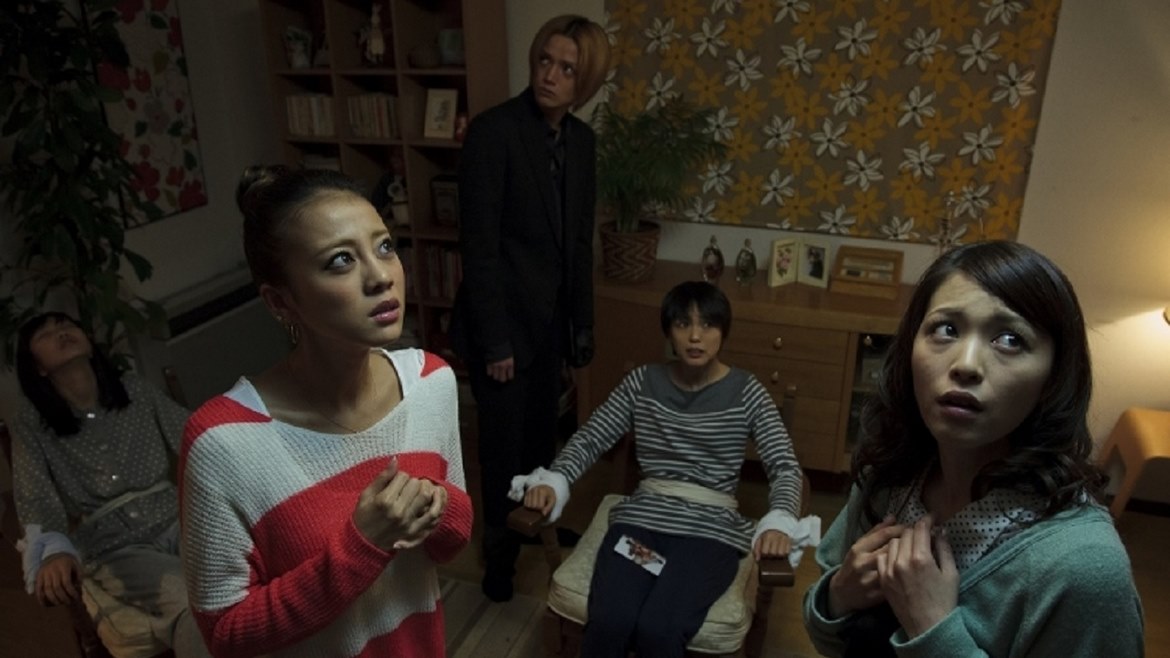 We are introduced to a group of three female idols, who take part in the making of a Japanese television show about the supernatural (Japan seems to have a show about just about anything).

They (and we) are presented with the case they are to delve deeper into by the production team, where a single mother and her daughter are experiencing a strange phenomenon in their home.
The idols react with disbelief and fear at what the production team wants them to research and experience.

Right from the start, the film gives us insight into what each idol thinks about the case and the supernatural in general, which I find exceedingly interesting, as it doesn’t seem like acting.
(In fact, the idols do play themselves, so I would guess that they don’t really have to act as such?)

This brings me into why I think this is such a good movie. The portrayal of the hidden and supernatural is very well executed, adding to that the soundscape of the film, which is drone-like and suggestive, creating a great atmosphere that acts to pull us in.
But into what?

We follow the group’s investigation and research of the case, through cameras placed in and around the house, as well as the production team.
The investigation takes a wrong turn, and they are connected via channels to a supernatural enforcer of sorts, named Neo. (No, not THAT Neo. A different one.)

Neo is a very unconventional person by Japanese standards, and the group of idols is visibly unsettled by his utter lack of respect for the cultural traditions that we’ve seen so far.

There are twists and turns in the story, that with a lesser director, would be very confusing to follow.
Shiraishi though is able to lead us through his vision with great care.
There are several reasons why this is in my top 10 list of favorite movies, but the understated soundscape, the acting, the portrayal of supernatural phenomena, the special effects, the… The naturalness of it all?
It all combines to create, for me, a perfect storm of movie perfection.

If you watch any film from Koji Shiraishi’s less known line of films, (at least from what I’ve been able to find.) this should be it.

If your taste in movies delves into the supernatural and occult. Give it a try!