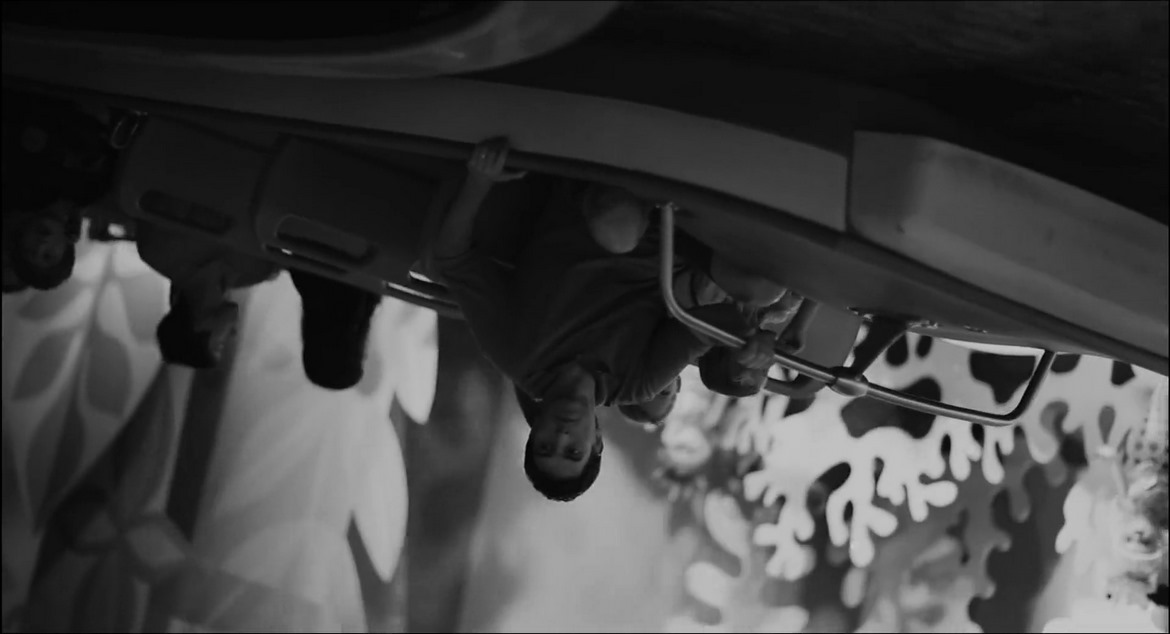 Escape from tomorrow is a very unpleasant movie. Disneyland is truly the place of magic. Not a place for horndogs and pure insanity. But that is just why it gets so unpleasant, in the best ways possible. Let’s go deep into the rabbit hole and try not to get the flu!

Imagine being a dad that loses his job while on vacation at Disneyworld with his family! What a loser am I right? Well, this is a story about one man’s descent into perpetual madness as his wife nags him and his kids just wanna do kid stuff. Sexual frustration mounts up to quickly become a very unsettling narrative that slowly derails into what I can only consider insanity. Without spoiling things this is a narrative that goes all over the place while still managing to keep coherency. I can imagine that many abandons Escape From Tomorrow after the first half. But I promise the movie rewards those who patiently suffer through the uneasy nature of the first half.

This whole movie was a trip man. The aesthetics are just Disneyland (but in black and white) and shots of the family but it’s how it’s framed where the trip takes effect. The camera warps back and forth and disorients you at the most random of times. This creates a very disorienting experience that further adds to the uneasy feeling of the film. Add to that some top-tier acting that creates the extremely uneasy feeling of sleaze (the dad is a true sleazeball). Almost every minute before the crescendo ending I was about to turn it off. That’s how heavy the uneasy feelings were. It quickly turns into a “is this real or not?” kind of scenario and that’s what kept me interested. The music is also very well put together to really create a surreal atmosphere with hints of stink.

If you really love extreme twist endings tethering on the absurd then this movie is for you. Add to that some A-level acting and a host of unlovable characters and you got yourself a classic in the making. The only sad thing is that even though it made me feel uneasy, the feeling got horribly lost after the end of the film. I wish Escape From Tomorrow could’ve just stayed with me for just a bit longer!