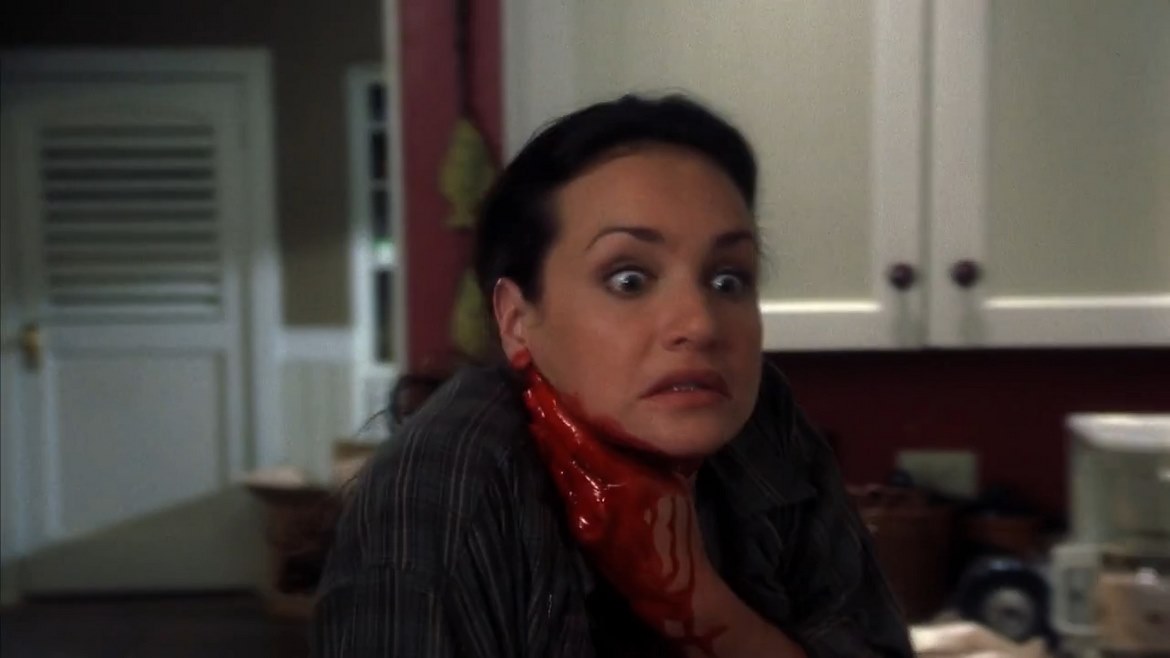 Final Destination is yet another sleeper for me. Now almost 20 years later it’s time to tackle the first one. It’s time to get skippy with it.

Death has a design. It likes to kill in order. That’s the premise of this movie. A kid has a vision and gets himself and some randoms out of a plane right before liftoff, saving everyone except all the people on the plane. Obviously, this catches the attention of the feds. Hijinks and puzzle-solving ensue.

Not only does this movie have a beheading of the Stiffmeister. It also has a lot of great stuff going for it. The atmosphere is great, the puzzle is entertaining and the deaths are so frigging funny. The acting is also decent with some pretty big names in it. As a concept, t doesn’t feel as stale as other mystery death movies which is a big plus. The slasher genre sorely needed a murderer that wasn’t a masked supernatural thing killing teens that are either sleeping or away at camp. Truly refreshing indeed.

Gore and effect wise it works. There are some good scenes with gore such as the aforementioned beheading. The killing is where it gets interesting. With creative deaths resembling one of those ball games (you know the ones with a ball hitting another thing causing a reaction etc). It’s pretty funny watching all the circumstances lining up to cause creative destruction. That is where I would say this movie really shines.

I now go into this series filled with hope for some great and creative Final Destination sequels. But considering that there are five sequels I fear a Hellraiser scenario with the first two being great and then falling from grace quicker than you can say BABOOGA! With that said though, I have truly developed some hope for this series. Please don’t be another Pumpkinhead fiasco.