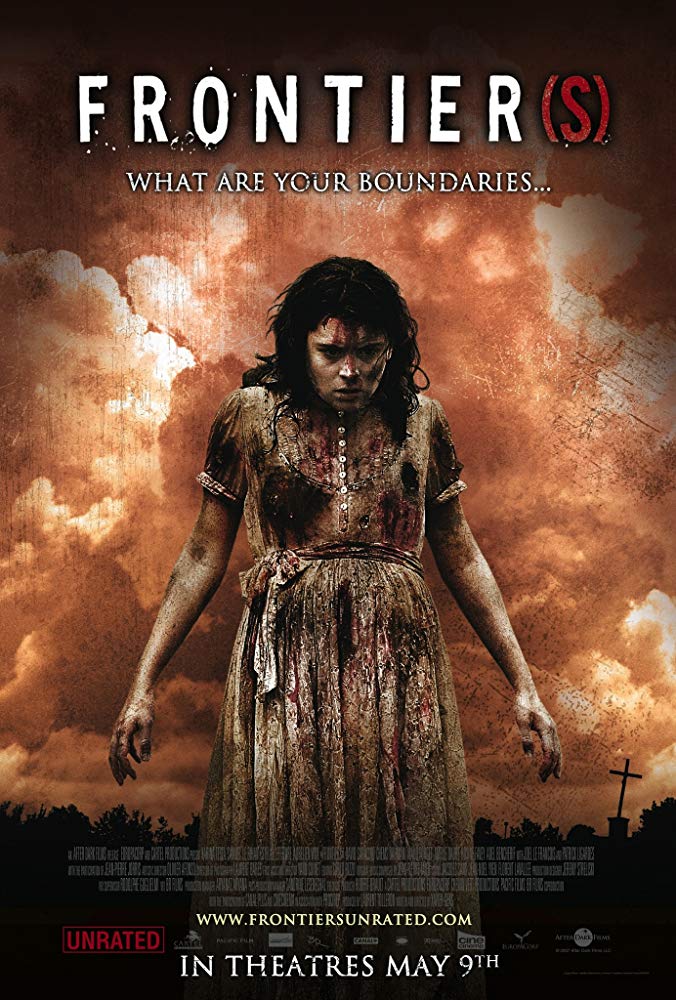 I was surprised and I still am, Frontier(s) started out so predictable but it actually delivered! It is a study in cruelty and insane ideas about racial purity!

This is France, a France that recently got a conservative president, conservative to the point of essentially being a nazi. 4 muslim small-time criminals tries to run away to Amsterdam, with a bag filled with robbed money. Unfortunately the group gets split up with one member being shot. Two of them head to the border with the money, checks in to a B&B and then the nightmare begins.

In Frontier(s) there is no respite from cruelty. There is an all around uncomfortable feeling whenever the characters are on screen. You can tell that regardless of the actors skills, they were affected by the tension in some of the scenes. The first thirty minutes puts the viewer in a false sense of security. There have been some strides, some setbacks, but maybe they’ll pull through. That small glimmer of hope is presented time and time again and it gets ripped away just as quick.

The French way of making film is extremely intense. Regardless of the genre there is no rest, no filler and everything has a point. It’s exhausting, terrifying and it plays with all of your emotions. I am not squeamish nor am I afraid of gore. But the way the scenes are built up and then how the gore is presented, that’s a mental stomach turner.

Not everything that glimmers is nazi gold though. The villain of the story is badly presented and doesn’t get nearly enough screen time to actually instill any kind of fear. A good villain needs a lot more than a monologue and some badmouthing to instill real fear. It is when we know the reasonings for the madness that fear can really present itself. Sadly Frontier(s) missed the mark on that one.

If you want a great but mentally exhausting experience then give this a shot. If you happen to be German then try to find an uncensored version. Enjoy, but not while you’re eating!