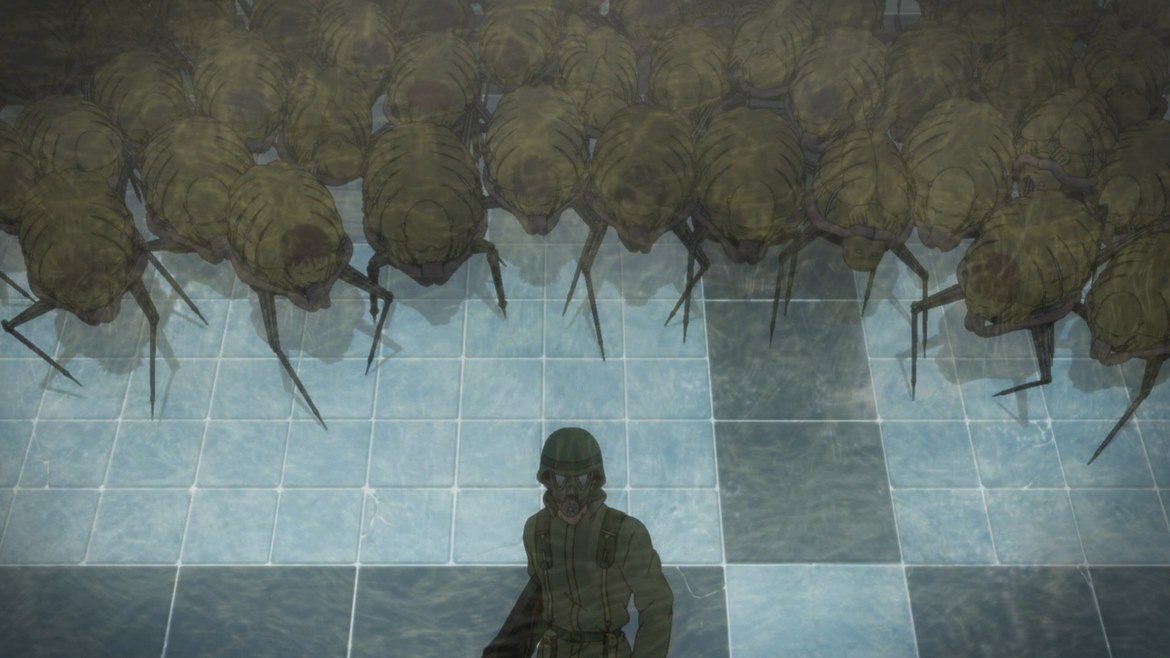 Sentient murder sushi is one hell of a concept. Made up by the brilliant mind of Junji Ito I was in for a treat. Being someone that loves his work my expectations were through the roof. But are they met though?

The premise is absolutely fantastic. Without any deeper explanation fish start to wander the earth. Spindly creepy legs connected to the fishes’ body through tubes. On top of that, they fart gas that smells of rotten corpses and with the potential to infect other humans if it gets into the blood.

But here’s also what rubs me the wrong way. I remember reading Junji Ito’s manga about this story and feeling a lot more existential dread. The main plot elements are in the movie but presented in such a shallow way that the deeper implications of what’s happening are lost. It’s replaced by more body horror and even a surprisingly graphic sex scene (between humans mind you). If you are a fan of the manga I’d recommend going into this with an open mind and with the knowledge that isn’t all that true to its original format.

But if we decapitate the source material and look at this from another perspective. What you get is a pretty neatly animated body horror experience with a lot of gross undertones. There’s a lot of gas, expanding bodies, and just a generally disgusting tint to everything. The plot isn’t deep nor hard to understand and goes forward in a smooth greasy fashion and eventually explodes into a crescendo of well… Nothing really.

The ending is disappointing but the journey was enjoyable. That would probably be the best way to describe this short little experience. You throw away all of the deeper philosophical parts of the original manga and you get a pretty decent body horror shock show instead and I am okay with that. I just hope they actually make an effort next time around (if they ever decide to try again). Also, buy the manga! It’s pretty great just like most Junji Ito stuff.