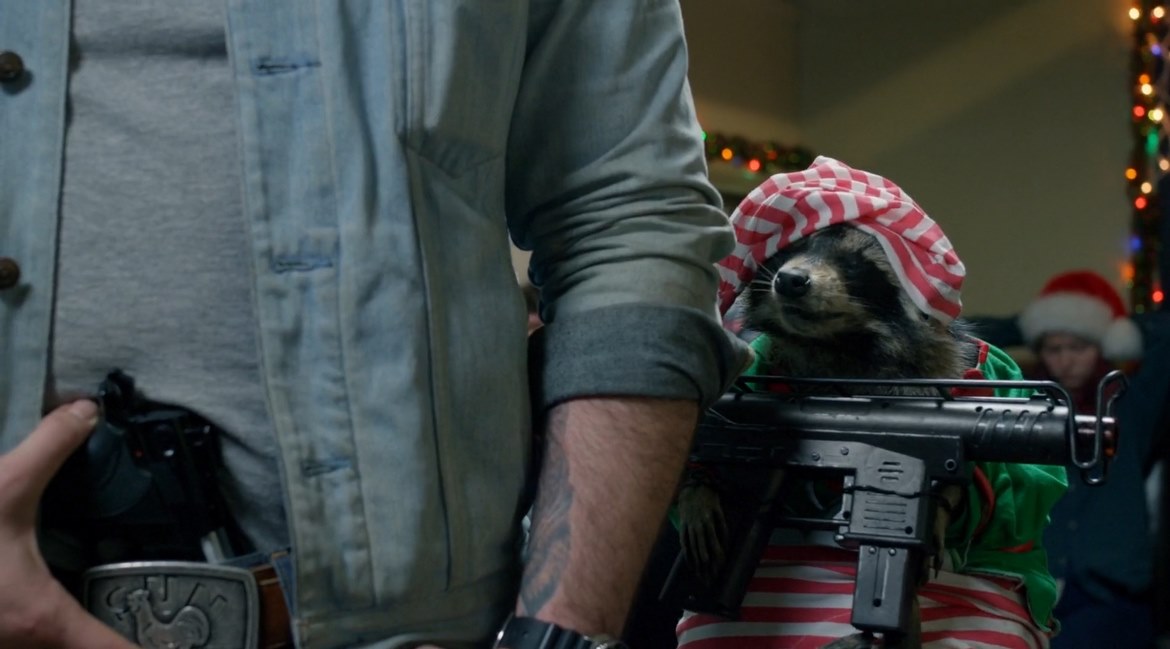 After Grumpy Cat I was so shaken and stirred. Like Mr. Bond’s preferred drink of choice Sprite Cranberry. I was expecting nothing but disappointment and memery. I got one of those things in such abundance it shouldn’t even be legal.

The plot goes something like this (blatantly stolen from an IMDB user)
Following up ten years after the first film Casey Smallwood, who used to be named Ty Smallwood but changed it to Casey Smallwood but you can call him Ty, is on a train with the sister of the girl he lost his virginity to while she was tragically killed by raccoons. He’s going to tell her sister everything but then the train is taken hostage by some militants working with a gun-toting raccoon army. Oh, and the raccoons have big olé machine guns.

This movie is low budget and very proud of it. Killer Raccoons 2 is full-on memes, references, and literal blood.png effects which makes for a gloriously fun time. It makes fun of everything and even put a confused Ron Jeremy in the mix. Like seriously, he just seems confused and drunk. Like a lost pensioner getting lost in a mall.

The jokes are mostly meme or reference in nature. This gives the entire movie a lot of hit & miss scenes. But you know what? That’s a-okay since everything is done with such heart. The acting might not be Oscar-worthy, the effects are literally pngs put into After Effects and the plot seems like it was written on a napkin at a pub at 3 AM. Mix all of these things together and you get a fine low/no budget film in the ranks of stuff like Killer Pinatâ.

So pull up your finest shitty beer, put your feet on the table, and truly enjoy this schlock style low budget low brow sorority project. As they say in that shampoo commercial. Maybe it’s maybeRACOON!