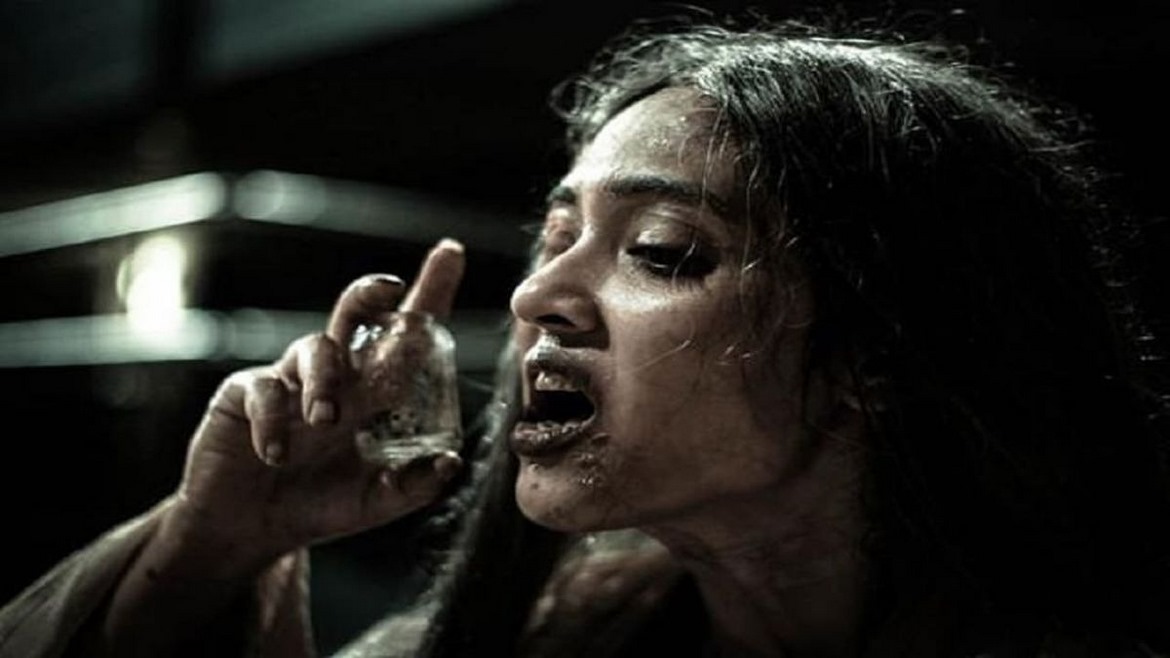 Ludo is outside of my comfort zone. I am not used to watching foreign horror other than the occasional Japanese horror movie. So I thought I would challenge myself with an Indian movie. It turns out that Indian horror can be pretty interesting. But the question is, is this movie any good? Does it challenge me and maybe even scare me a little bit? Well, only one way to find out!

I honestly thought this movie was a coming-of-age movie or at the very least a based comedy because of how it starts. A bunch of horny teens want to find a place to get it on. They go to a creepy hotel but well, the hotel is creepy so they continue their journey. The group ends up in an old mall after closing hours with two odd old people that really like to play Yatzy! They decide to do the classical stupid horror thing and play a game. Then hijinks ensue in a blur of exposition, time travel, and headache-inducing jumps back and forth.

The plot of Ludo is very interesting but it gets muddled by shoddy editing. It takes a lot of effort to follow along and the extremely jumpy exposition followed by the longest and most boring backstory (put at the end for some reason) makes it a hard movie to enjoy. We do get a few good gory murder scenes and some creepy visuals as a treat every now and then. You know, as a reward for not succumbing to the headache of following along. The sounds and music are all over the place and it does not do a good job of building any atmosphere. The characters are dumber than bricks and it feels like a lot of wasted potentials.

I can see that the Indian horror scene is something different. This particular film was not really that great but I do see the potential. I hope to dig deeper into the Indian scene and hopefully find some good gems. Sadly, Ludo was far from being any gem.