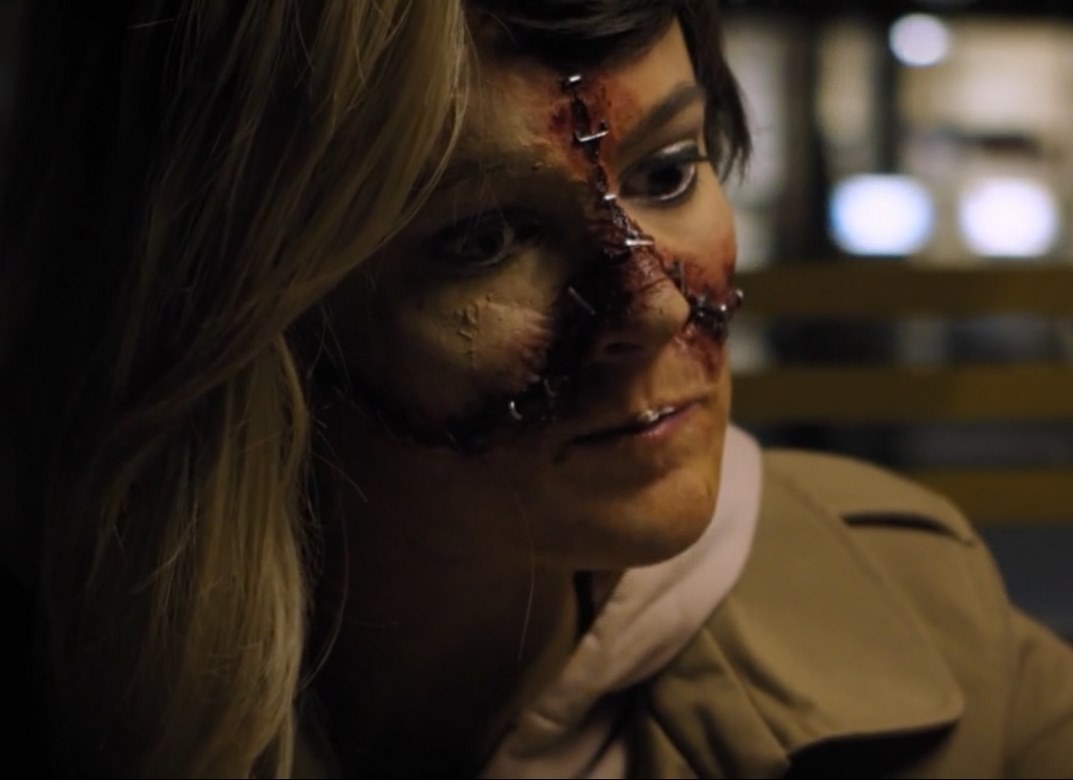 Have you ever had a hangover so bad you woke up as a Patchwork freak? Well in this movie that is sort of all over the place (gore joke) we get just that. Imagine the movie Hangover but with 3 girls and a thirst for revenge. I have not seen Hangover, I just assumed that’s what it is about.

You are quite the career woman but also very dislikeable! You notice this when you’re throwing a birthday party and nobody really shows. You go home, angry, sad, and drunk. You wake up with one hell of a hangover and stitched together with two other people now residing in your head. Have some girl-on-girl bonding time, get angry, and get revenge. That’s pretty much the premise of Patchwork and as it might not seem interesting, it makes for some good storytelling. Even though it might be a bit on the stupid side of things.

The idea of having three separate people inside of your brain would be an interesting concept for a horror film. But this time the premise is presented through a gore comedy lens which works surprisingly well! The acting is pretty horrible which in this case makes it funnier. The effects are old-school practical in all of their gory glory. On top of that, the actual “monster” design is very well made with the three women being sewn together. The pacing and plot hit just right and it is a well-put-together garbage fire of a movie.

Patchwork is not for everyone. It is very much on the nose, very stupid, and doesn’t take itself seriously at all. If you enjoy some absolutely braindead banter between three rather generic women, then you will enjoy this movie. I for one loved it, my friend thought it was way too braindead. Braindead is sometimes good, braindead is sometimes fantastic. This is one of those times!