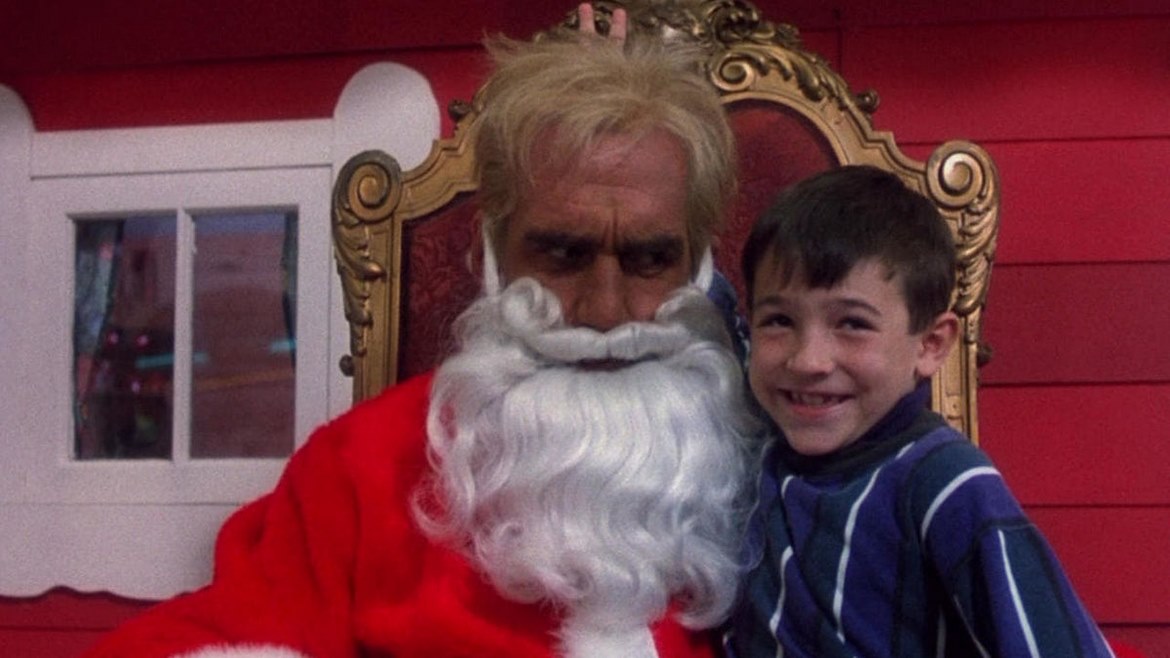 Today is the 24th, Swedish Christmas is in full swing! What better way to spend it than with the Hulk Hogan himself, this time portraying a beefy Santa! Yes, this movie felt like it would be on par with last year’s Ice cream bunny horror but I was wrong. Let’s watch Santa punch some baddies, save Christmas, and whatnot!

Hulk Hogan portrays an eccentric buff millionaire doing crime stuff. One day he goes a bit too far and is almost caught, but this was the 90s and a thing called malls was still a thing. He runs inside and steals a Santa suit, bonks his head, and now believes that he is indeed Santa. This Santa has a mission, to save an orphanage from an evil man that wants something from them, and from here on out hijinks ensue! The story isn’t all that new but seeing Santa beat the crap out of baddies in a kid-friendly flick is a sight for sore eyes!

Hulk Hogan is not a great actor, but he is funny! His charm shines through all through the film and the supporting cast is surprisingly great. For being a movie about a Santa with muscles it sure has some decent production value. Mind you, it is not a masterpiece or anything that will become a new tradition. But as far as mass-produced 90s Christmas flicks go this is actually rather entertaining. That is if you enjoy physical comedy since that is the leading star of the film.

Music is forgettable, there aren’t really much in terms of effects other than very plastic-looking crystals and comical choreographed fight scenes. What you are left with is a movie with a high production value, a fun story, good actors, but with absolutely no soul. If it smells like a cash-grab, looks like a cash-grab, and talks like a cash-grab it is probably exactly what it is.

With all that said, I do recommend watching this. It’s a fun hour and a half. It’s enjoyable to see Santa kicking some butt and doing with a family-friendly flair. But don’t expect to see this film becoming a tradition any time soon. Merry Christmas everybody!