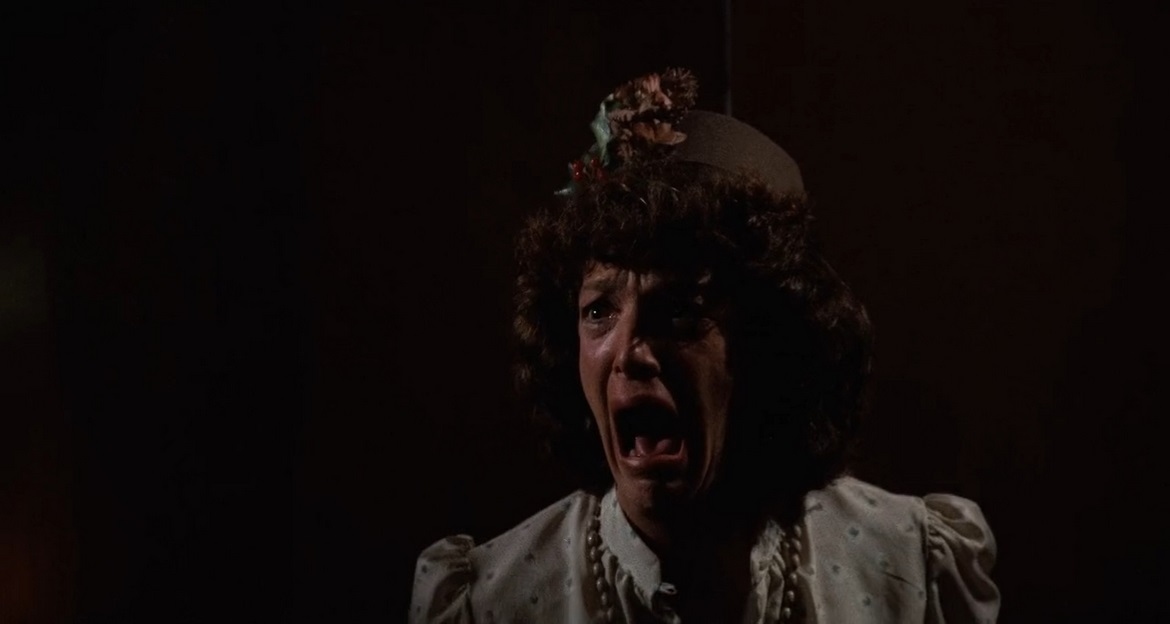 I saw Santa killing moooom and daaaad. It was very traumatizing, but of course, I should be forced to sit on Santa’s lap and get further traumatized. I am sure nothing bad can come of this, no sir nothing bad at all. Or you know, I might go on a Santa murderspree.

This is the tale about little Billy. Billy saw Santa go on a murder spree and kill his parents. He becomes an orphan at a catholic orphanage where he is forced to celebrate Christmas, Santa and all. This, of course, screws him up to no extent, and later in his life when he’s a teen he is put into the position of being a store Santa for Christmas, and horror ensues.

Three things that I want to truly lift to the skies. The first thing is the music. It’s so good with its 80s synth bashing and eerie nature it creates. Actually, the music manages to give me slight anxiety when the scene demands it. It’s heavy and cinematic to the point of feeling iconic.

Secondly is a thing that I always appreciate and that is plausibility. The story feels like it could actually happen. It is not too over the top nor is it extreme enough to become silly. It really helps to build a world if it has some semblance of reality in it.

The third one really ties the Santa murder spree sack nicely and that is the acting. A great slasher has a villain that is either super evil or someone you can understand the reasoning behind. Because of the top-tier acting, you do feel simultaneous disgust and sympathy for the killer which just makes the experience oh so rewarding.

If you want to get some of that jolly Christmas trauma this year then I would really recommend this film. It has good deaths, a great soundtrack, and A-class acting. Lastly, I just want to say. NAUGHTY