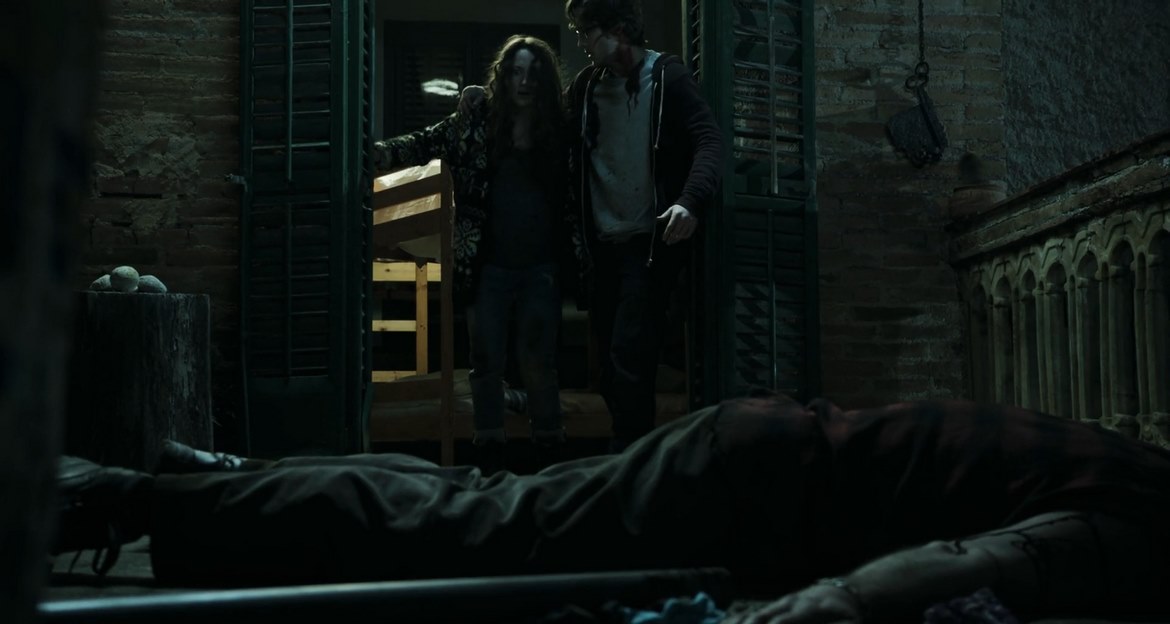 Let’s all go to Summer Camp, I am sure nothing bad will happen. I mean when have a camp ever gone wrong? It’s not like we’re gonna get killed or anything. In Spain there are no masked slasher murderers so we’ll be toooootally safe! Right guys? Right?

Four counselors get together at a Spanish mansion where they are going to host an English camp getaway. It is the day before all the kids arrive so it’s party time. Except one of them goes apeshit insane and goes rabid. One by one they all seem to go crazy. Could it be something they ate? Something they drank maybe? Or could it be such a simple thing as pollen that’s giving everyone the crazy eyes? Well, only one way to find out. By following along on the adventure!

Summer Camp goes from 0 to 100 real quick. As soon as the chaos starts happening you are merely pulled along as scene after scene speeds by you. It is pure and utter semi-coherent insanity without much of a plot really happening. The characters are wafer-thin and in this sort of film, it is to be expected. None of them are really likable thus making me very neutral to any death scenes. Speaking of death, there’s a fair bit of that in this film. Lots of blood but not as much of a gore focus that I first thought it would have. But with some goofy death scenes, slapstick gore, and unintentional humor thrown in all is forgiven!

This film was surprisingly good. I went in expecting mediocrity but I was instead served a steamy hot plate of simple yet effective fun. If you enjoy goofy horror movies with intended and unintended humor then this is definitely for you. I had a blast all the way through and I think if you guys share my taste in film, then so will you!