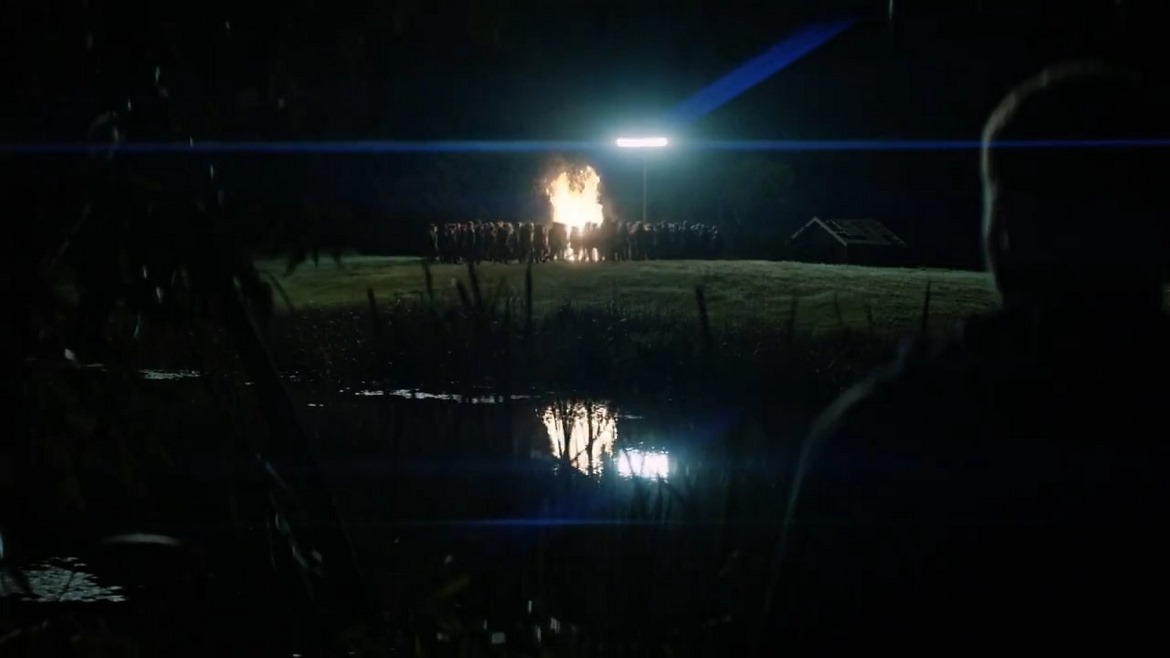 We should all embrace the nothingness inside of us. We are all the empty man, yet nobody is the empty man. Man, this movie goes five levels deep at times yet it manages to be rather accessible. But is The Empty Man any good or is it just philosophical garbage? Let’s find out!

The plot starts out fairly standard. We have Mr ex-cop who is rather troubled, having lost his family and all. Suddenly the neighbor’s daughter goes missing under weird circumstances. Everything starts leading to an odd myth about a being capable of cleansing your being and bringing you into nothingness. From this point on we follow Mr ex-cop as he digs deeper and deeper, finding things out about himself and the world around him that he was never supposed to find. The plot thickens as they say and without saying much more I will say that it is a very elaborate and interesting plot!

The Empty Man is partly a criminal investigation thriller and partly a paranormal horror movie. It balances these two genres extremely well and as it goes on the lines blur a fair bit. This is a good thing since it makes you the viewer question more and more. Even after the fact I am still catching myself pondering various things surrounding the plot. Add on top of this some top-notch acting, a pretty scary soundscape, and unsettling visuals to match. After the first 30 minutes, you will be stuck in a Ferris wheel that is constantly picking up speed. By the end, you are left dizzy and rather tossed around!

If you are into more esoteric philosophical stuff then this is a definite recommendation. But even if you are a bit skeptical about these things I would tell you to give it a shot. As an introduction to the deeper end of horror, this is as good as it gets! 9/10 Empty Men agree that this is a good movie.