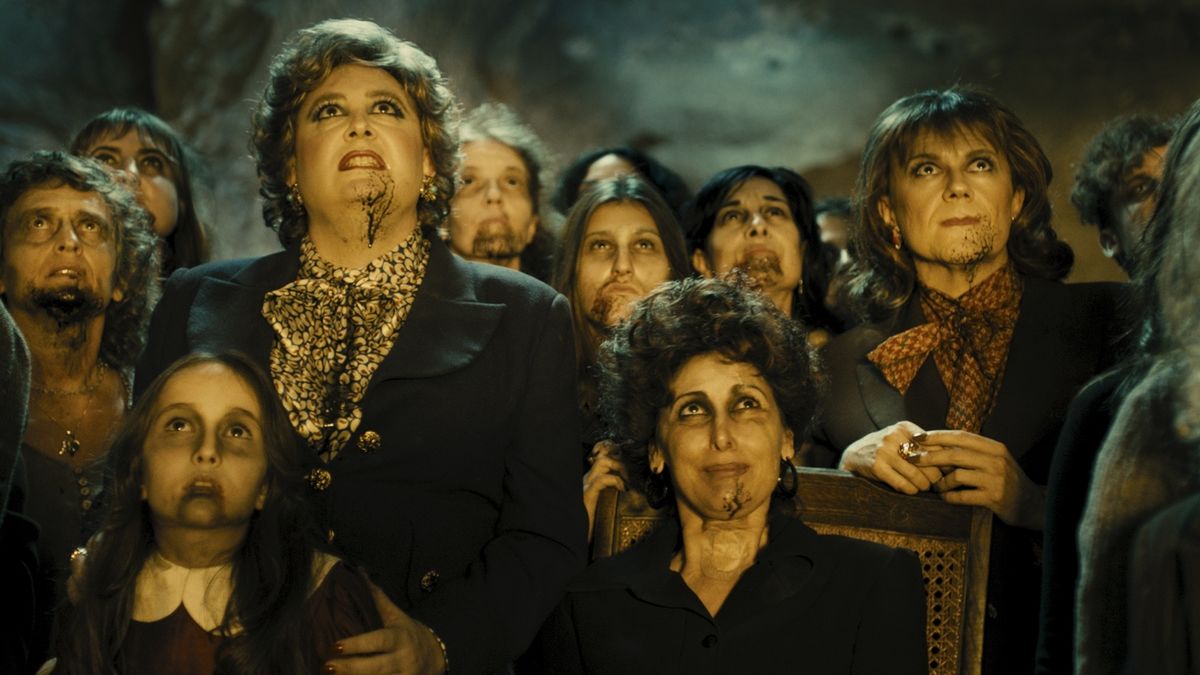 Thus far this Spooktober has been pretty bland. All that changed with this witching movie! With a great cast, surprising humor and some fantastic plot points it’s an all around thrilling ride from start to finish.

The plot starts out as a comedy. A gang of robbers robs a pawnshop and now they’re on the run. This ragtag team of people even has a kid with them and a taxi driver gets involved as well! As they head towards the border they stumble into a village. A village of witches. This is where things that an odd but hilarious turn.

Witching & Bitching takes all the tropes of witches and makes into a horror comedy that borders on the silly side. But with just enough finesse the filmmakers make it work. There were times during the movie I found myself laughing so hard I started to cry. There is a weird line between so silly it’s dumb and so silly it’s brilliant and they manage to balance this line very well. Some scenes borders on dumb silly and other on brilliant silly which works very well for its format.

There are no regards for political correctness or playing it safe by any means. The starting credits has murderer Myra Hindley right next to Margaret Thatcher, for no apparent reason other than to get a reaction out of you and me. Being a foreigner watching a Spanish movie it feels like some comedic timings are language based and that I am missing the point of some of the jokes but it works out anyway.

The only real nitpick I have, is that the ending tries to be something completely different than the rest of the movie. With a whole other tonality it sticks out like a sore thumb on a crows feet. But all in all it’s a pretty witching ride from start to finish. But remember it’s a comedy first and foremost, horror lastly.