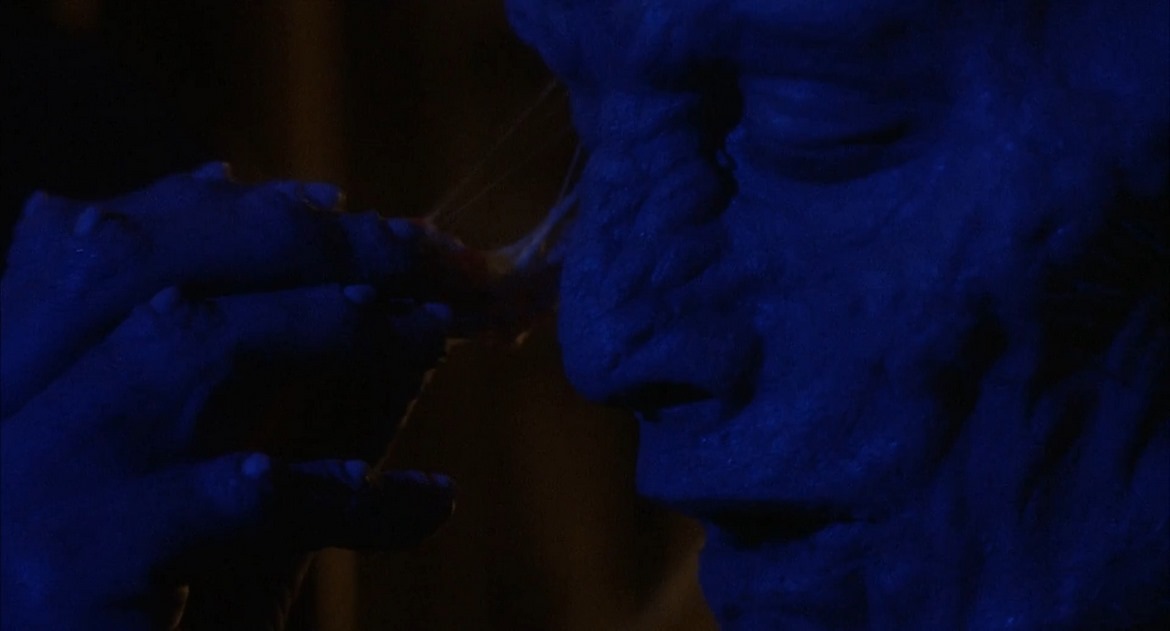 The child of the Blum is grossly born. Will he grow up into a cute boi or a disgusting fly creature? Well, look at the title, now back at me, judging you.

This time we are treated to the “lovechild” of Veronica and Seth from the first movie. With accelerated growth and growing up in a lab, he becomes a rather skewed and sheltered adult at the tender age of five. It’s not a much deeper plot than an evil corporation wanting to exploit the boys’ genius side and the fact that he is destined to become a mutant. Insert an obligatory and shallow love interest to spice things up. But that’s not why we’re here. We are here to watch fly body horror.

He grows up and is given some form of self-governing in order to complete his father’s teleport experiment. Of course, giving a potential fly boy this kind of freedom creates problems. He finds a girl and then sees the truth of corporate being evil. Runnin away starts his transformation and BAM, gross fly boy-man. The more I get into the story the more solid it feels. Even though it is a tad generic. But do I get as grossed out this time around?

There are two elements that stand out this time around. Animal abuse body horror and lack of human body horror. I got grossed out indeed I did. But it was because of the dog experiment and more so by the cruelty rather than the horrid mutations. The transformation from man to fly felt very quick and sudden and without the gross developments, I loved in the previous film.

There were still some enjoyable ooze-related gore sequences but they felt generic and tame in comparison to the previous The Fly. Instead, the actual monster design was the true star of the show. The final scenes were the best ones, mostly because of the poetic justice we were served.

All in all I really enjoyed both of these movies. They have truly stood the test of time. Also, practical effects FUCK YEAH!