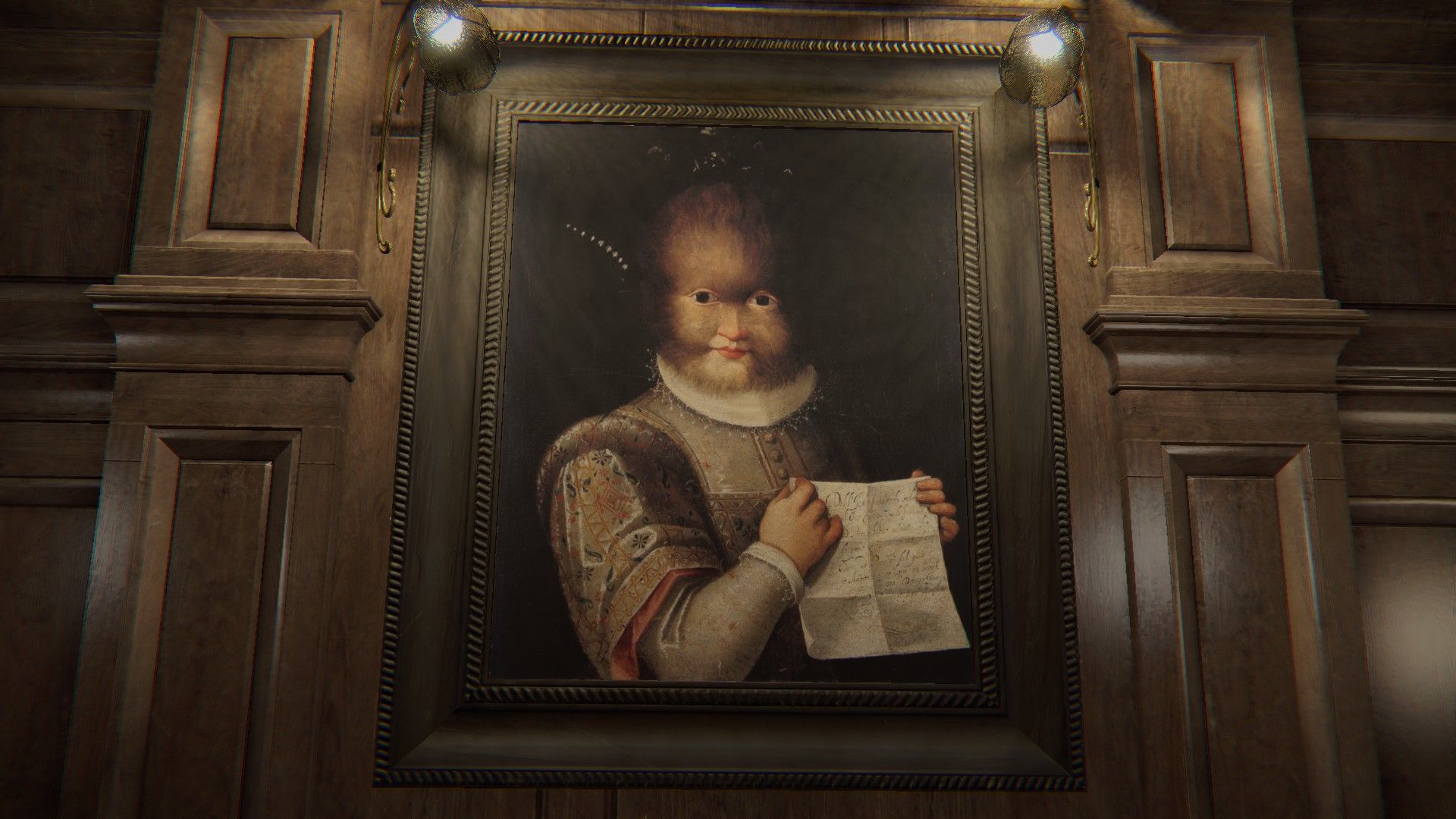 Layers of fear is a game about an obsessed painter trying to finish his Magnum Opus, the masterpiece of masterpieces. It’s not a survival game but rather a psychedelic exploration game set in a Victorian house. The game was developed by Bloober Team SA who made the not so noteworthy A-men games before this. A seemingly similar story is Scott Cawthons humble beginnings as a game developer making simple christian games and then going into darker territories.

I loved Amnesia the dark descent with a passion. It had atmosphere, good storytelling and some twisted imagery. This game is like the snack version of that and here’s why!

The game is not a survival game but an exploration game. That doesn’t mean you cannot get scared and try to hide from the scary things going on around you. Because this game creates a mood with its story and unique imagery and slowly fills you with a feeling of dread. You never know what is going to pop out next or what is going to radically change shape in front of you. When the developers tell you it’s a psychedelic experience they mean it. If what they mean is a bad trips on shrooms in an abandoned Victorian mansion.

As the game drags me along the painters broken dreams and promises I start to notice something. There are not that many jumpscares and when there are they make me almost soil myself (I’m referring to the damn baby door).

Unlike most other horror games Layers of fear rarely gives me a feeling of being hunted or stresses me out. Instead I get a growing fear of what might happen next and I even had to take a break to catch my bearings from time to time. I did come back again and again though because of the compelling story which I’ll let you figure out for yourselves.

The not so good

But what makes this a snack size game compared to Amnesia? Well I finished the game with dlc in about 5 hours. Even though the game wants you to revisit it to fill all the story gaps I didn’t feel compelled to do it. The story felt complete and kind of closed especially after the dlc ending.

On top of that I also would’ve liked to have more flesh to the game. The story could have been made a little bit bigger. Layers of fear should have made me bond with all the characters without demonizing them too early. Then the sad story could have had more of a gutwrenching feel than it already has.

All in all it’s a great horror game for the price of 20 EUR (steam as of 18-10-25) Layers of fear has some great storytelling that almost brought me to tears at times but didn’t quite reach the potential I think the setting has. But if you like a great story with a lot of creepy atmosphere and some of the best jumpscares and terror in the genre. This is a must buy for this Halloween.