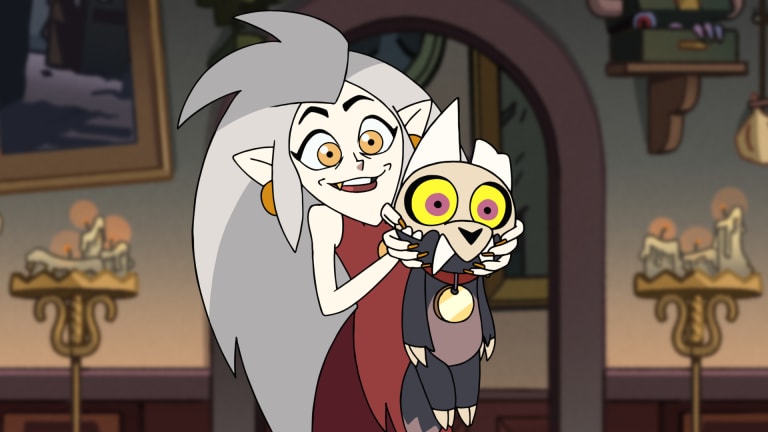 It’s time to restart this little writing project with something that isn’t horror for once! Well it might be considered some kind of baby horror but I digress. Today I am taking a look at a new interesting Disney show called The Owl House!

There has been a hole inside of me ever since Gravity Falls and Adventure Time ended. But Disney rose to the challenge and gave The Owl House. A quirky otherworldly adventure series about a young girl being transported to a weird world and BAM, magic and witches galore! It’s not a revolutionary concept by any stretch but it manages to give me a few chuckles.

The Owl House lacks the depth of Gravity Falls but perhaps that will change later into the series. I mean it took Adventure Time a few years to get all deep and existential on us. Besides that this is pretty much thus far a classic coming of age cartoon. But on the upside it has some cute characters, a foxy witch that is the embodiment of #mood most of the time and a cute reckless girl to top it all off.

The Owl House manages to mix adult humor with kids humor fairly well and the animation is pretty. Actually it’s very pretty at times. Hopefully as the series progresses we won’t see any shortcuts being made with the animation or the concept going stale. I have no idea where the story might go or if this will even have a deeper storyline. I am excited to find out though!

Now the only thing I really want out of Disney or any other animation studio is something that’s even more weird. Something that stretches the boundraries to new and odd heights! Maybe this series will be just that. But let’s be honest, it probably won’t.

Me being 4 episodes in I can safely say that for the time being I will follow this animation with a dorky smile on my face and I hope you will too!