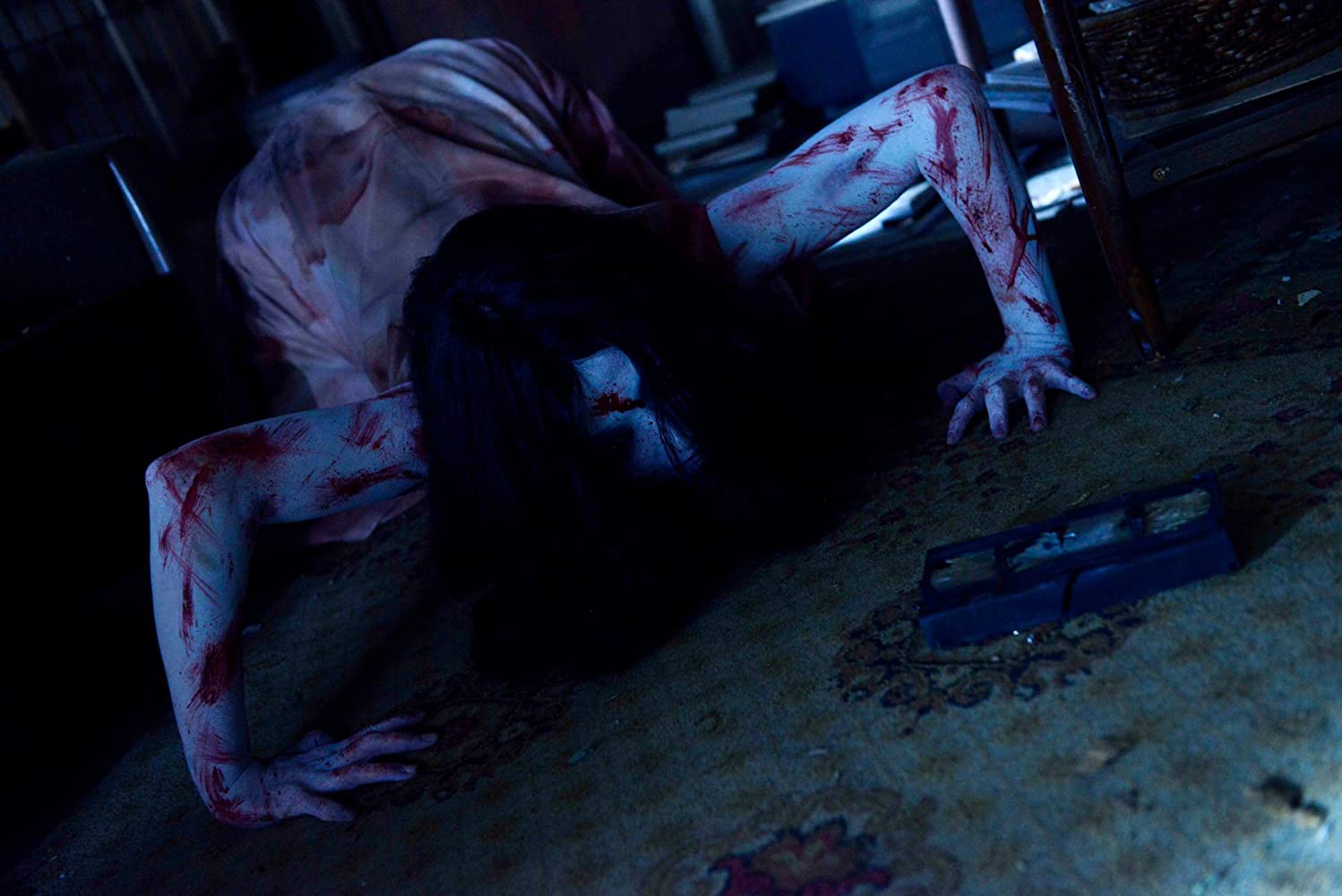 Kayako is one of my biggest horror crushes. Seeing a movie where to of the biggest weeb horror waifus faces off should be a dream come true. Sadly it falls oh so short on so many levels.

The premise is dumb. Not like the fun kind of dumb such as in Freddy VS Jason but rather the tryhard kind of dumb. The premise is that there’s a double curse. The haunted house of Grudge and the haunted tape of Ring. What is the solution to this double whammy? Just let them fight it out of course! I’d be totally on board if the actually fought and the main premise was their fight but NOPE. Instead we are treated to over an hour of introductions, attempted exorcisms and backstory. The last ten minutes of the film is the actual fight scene and it’s underwhelming at best.

Putting these two horror giants in the same movie would be a success story if they would have gotten a chance to shine. Sadly they are not given the proper tools to be as grotesque and scary as they should be. Rather you are given a slimmed down PG-13 version of these two scary girls. No excess gore, no real over the top death scenes and as previously mentioned, no real fighting.

The biggest slap in the face is that both Takashi Shimizu (Grudge writer) and Koji Suzuki (Ring writer) were both heavily involved with this. They are both great writers in their own right but combined it just gets messy. If they would have just realised the ridiculous nature of this crossover and made it over the top I’d be fine with it. Instead they both try to make their own spin on their own franchises and it just turns into a terribly boring mess.