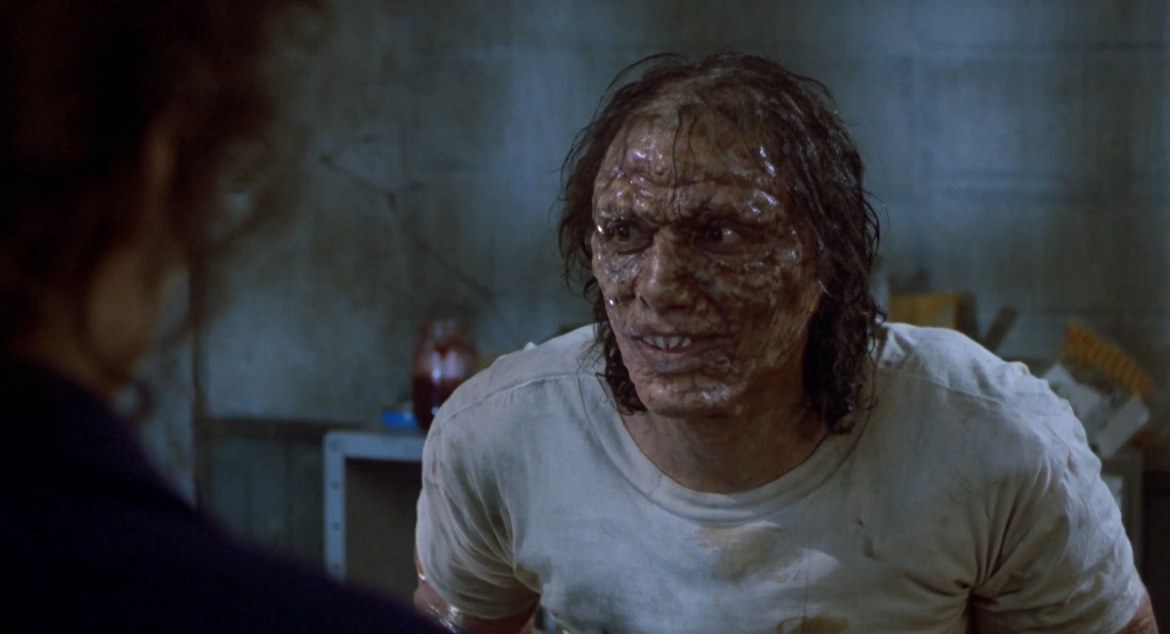 Why did I sleep on The Fly for this long? The top-notch acting from both Geena Davis and Jeff Goldblum combined with some of the best body horrors I have seen for the longest time. How could I have missed it?

This time we have a plot that’s… GOOD!?!? The socially awkward professor brings a cute journalist to his lab to show off his grand invention, a teleporter. They fall in love and one drunken night he decides in a stupor to test the teleporter for himself. Problem is, there was a fly in one of the pods. Is he now a fly? Is he part fly? All man no fly? That’s the plot and works very well with body horror since we witness his slow transformation.

There is a certain charm to practical effects. There is also a certain degree of genuine terror when they’re done right. One scene, in particular, made my skin crawl. It’s the scene with the fingernails. The way it’s done, the way it’s shown, and the way it sounds make my squirm in the best of ways.

There is a certain grotesque charm of decomposing as a human. It’s not just the gross nature of his body becoming a pile of pus but it’s also his mind. The melding of a fly and a human really screws with how you think. The best way I can describe the morbid fascination is like this. Watching The Fly is like being witness to an accident. You know it’s horrible, you might have sympathy for the victim and the respectful thing would be to look away. Give them their space. But instead, morbid fascination takes over and you watch the car crash anyway, knowing it’s going to be horrible. That’s pretty much my experience with this movie.

But it’s not just the body horror that is great. The music made by Howard Shore is fantastic in its own right. Almost to the point where I would like to own a vinyl set of the soundtrack.

This is the best film by far thus far into Spooktober. I am not surprised since Howard Shore, Goldblum, and Geena Davis were involved but still! Now let’s just hope I get just as attracted to The Fly 2 (like a fly gets attracted to poop, get it?).