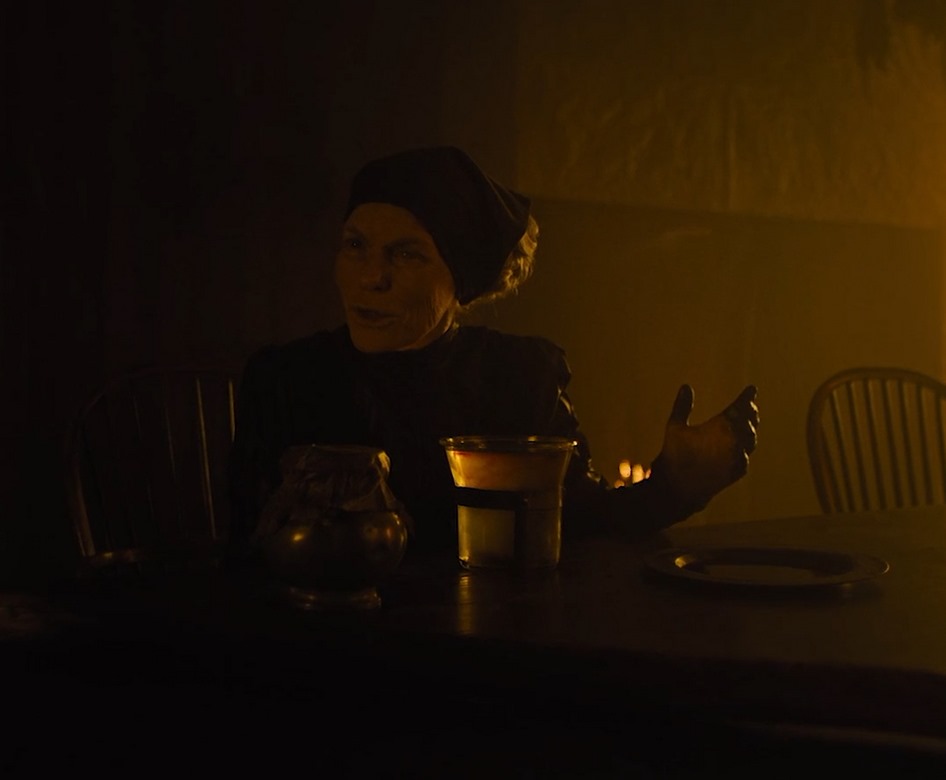 Hansel & Gretel is a classic that is due for some modern love! I like Grimm fairy tales being taken in modern directions. But in this case, it kind of became a hit and a miss in my book. It’s messy, it’s unfocused, and it is oddly not that bad. Welcome to the first Spooktober review!

It is the typical story. Poverty strikes, mom decides to kick the kids out, and BOOM, Gretel & Hanzel. This time there is a lot more focus on the story of the witch, empowerment, and odd story decisions. A lot of the story revolves around Gretel growing her power and slowly getting rid of the bonds that inhibit her powers. That is until her little brother gets thrown into the mix of course. This is all done in hyper-lane hyperspeed and suddenly the movie ends. I am still processing if I liked the pacing or if it just wasn’t that good.

I will quote one of my friends regarding the direction of this movie “It’s like.. Part 12th century, part 15th century, part 18th century, with a sprinkling of 21st century!”. This is pretty much spot on both in terms of thematic but also architecture. It goes all over the place, the most obvious scene being a scene that has modern wallpaper on the walls. The aesthetics are fine but because it jumps between so many it is very hard to keep up with the coherency. Thankfully it is a beautiful world that has been crafted with some very good acting. But if the premise suffers then it falls into the miss category. At least partially.

As a horror movie, it isn’t that good. Sure it tries to throw a few jumpscares at you but without any effect. The soundtrack is excellent and carries a feeling of wonder and dread. But combined with the visuals, the all-over plot, and the problematic pacing I am left with a feeling of something that could be good, but didn’t quite hit the mark. If you enjoy a good witch character with some grotesque cannibalistic tendencies then this is a good movie. If that’s not your thing I would say that you can easily skip this movie and live a full and healthy life.