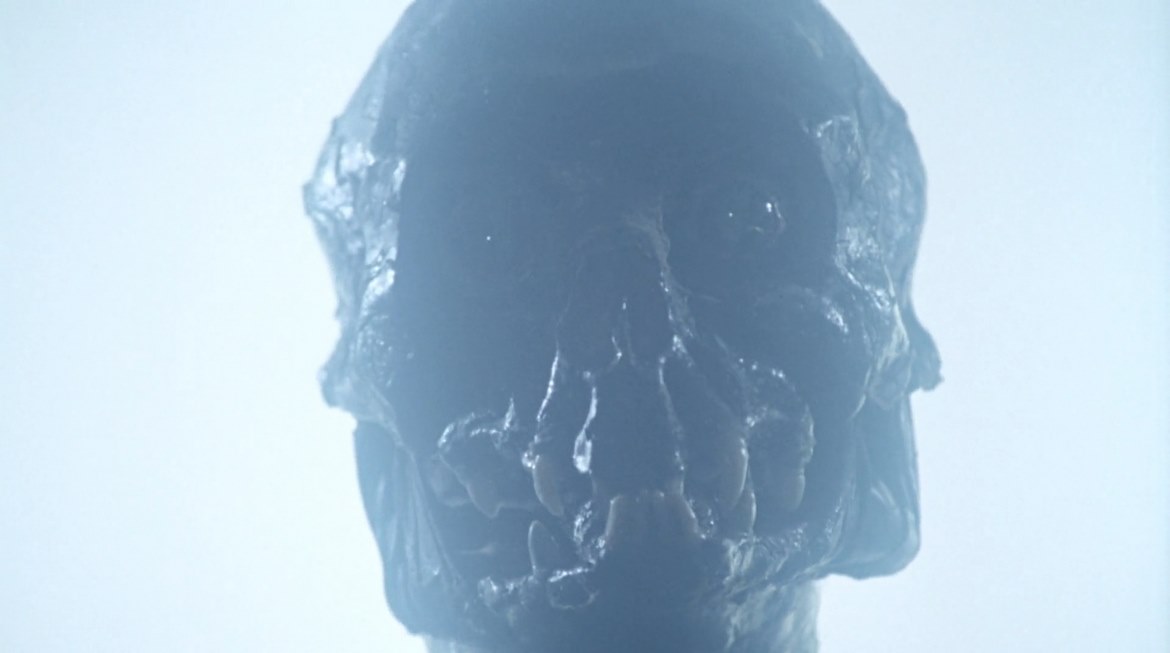 British horror is something else entirely. Give a British director freedom to do whatever and you get Xtro. One of the most surprising films I have seen in a long time!

This movie has a little bit of everything. Sub par acting, great gore, weird stuff happening and a gritty b-movie feel with some actual effort behind it. First off we have a pretty gross monster with human/dog like look. Secondly we get a scene with a horrifying soldier toy coming to life with one of the funniest murder scenes I have seen in a long time (the gotta have some candy scene). Thirdly (is that a word?) we get an ending that’s not generic.

Instead of going off-topic and just having an alien killing everyone the movie stays focused on the family. This almost makes me care about the victims for once since they get some time to be fleshed out. But everyone dies someday so don’t get too attached.

What makes this great besides the plot? Well, the gore of course! There are some pretty grotesque scenes of body horror combined with a lot of spontaneous gut explosions. This makes for the perfect balance of gross-out and hilariously splattery.

Thus far this Spooktober this is the most pleasant surprise. If you can find it, do pick up a Bluray of Xtro and be prepared to be pleasantly surprised, over and over again.