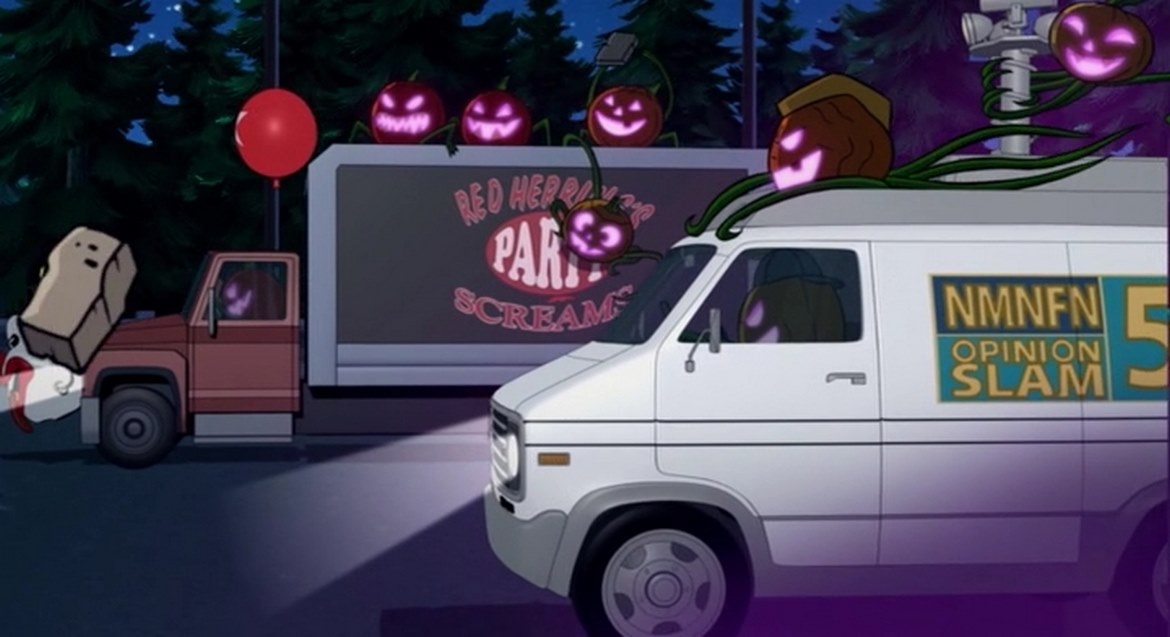 The Scooby-Doo gang have really gotten their spark back as of late. With the new movie being pretty great and now this Halloween special. Oh boy, are we in for a treat!

The formula has and will always stay the same. We have the mystery gang coming to a scene to solve something. This time it’s surprisingly Scarecrow from the Batman universe! But of course, it’s not that simple. Possesed mutated pumpkins attack after the main villain has been caught which leads to a total meltdown for Velma. Then hijinks ensue, but this time they’re modern.

It’s not that I dislike the new direction of humor. It stays true to the original poking fun of the surrounding times. It’s just that I am not used to Daphne talking pure social media trash speech. I might be old fashioned but even though I am I still chuckled at some jokes. Especially the joke about torchsplaining.

I don’t like Bill Nye, he has a creepy uncle vibe to his entire being. Giving him so much airtime didn’t feel right. I know it’s Scooby-Doo standard to have guest appearances but I was content with having the booby-nerfed Elvira of the dark. Not a fan of Bill Nye and I felt that his contribution was kind of boring.

Animation, sound, and acting are to no one’s surprise top notch. The way they implement old-style cartoons with modern animation practices is absolutely stunning. Music is bog-standard Scooby type music and I am A-OKAY with that. If this is the last round for Grey and Matthew as Shaggy and Daphne they at least went out with a bang. Grab your kids, make some popcorn, pop some scooby Snax (we know it’s drugs) and enjoy this very good Halloween special!