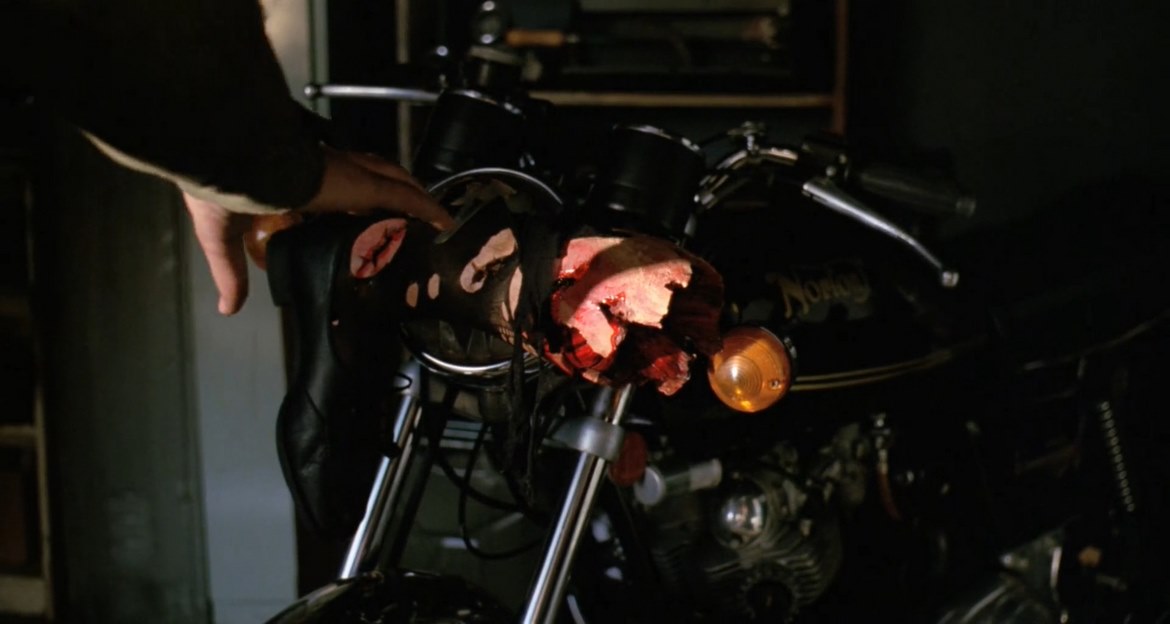 Some British dude got the idea that vampire movies are getting kind of stale. So what if, and bear with me here, what if Dracula was actually a demonic bike that loves sexy girls and blood? How’s that for creative direction HUH?

This is a parody film about a guy buying a motorcycle without knowing that it’s actually possessed. Hijinks ensue as him and his girlfriend tries frantically to survive and put an end to the curse. In this film, we also have a cool priest, a rival biker gang, and some occasional odd casualties making for an interesting ride!

I went into this expecting absolute rubbish. But lo and behold, instead, I found a British gore comedy with a lot of heart and low budget enjoyment. It takes all of the clichés of the genre and openly mocks them and does it very well. It’s a rarity I openly laugh out loud but there were some scenes that managed to get me laughing just by sheer absurdity. That’s how you know you have stumbled upon a gem of a movie.

This is a very low budget movie which can be seen with all of the pretty shitty effects. But for what they are they work and cause the occasional chuckle. On top of that, the acting is surprisingly okay with only the once in a while break of character (they do laugh a lot).

I bought a vampire motorcycle is one long joke. There are some lowbrow jokes such as the bike staring at a girls butt that might not have aged well. But then again this is schlock and it knows it’s a parody. Most of the movie is just non stop giggles and one character (the police officer) makes the entire movie spin onto another plane of comedic genius.

Enjoy this movie as much as I have. Remember to never trust a bike, especially a bloodsucking demonic bike from hell. Stay safe out there, the world is going nuts so stay comfy and watch dumb stuff as I do.