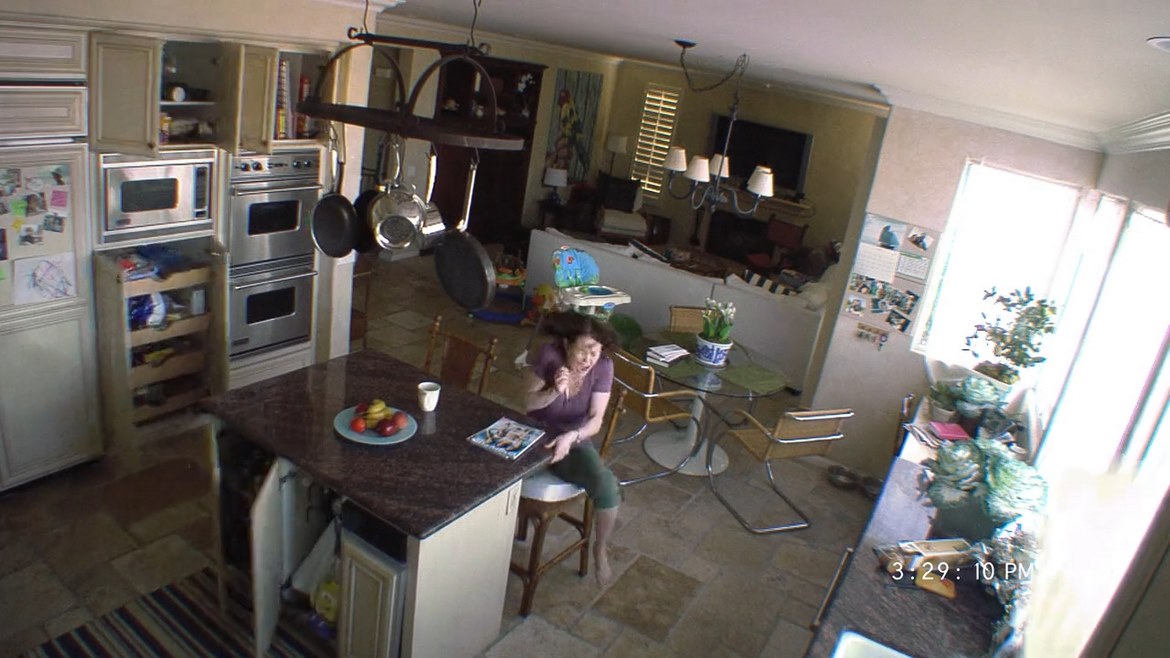 So. The elephant in the room. I kind of enjoyed this one! I did! As the prequel to the first one, this movie portrays the events preceding Micah’s death. Constant gaslighting from the husband aside (are you sensing a pattern?) I felt much more connected to these characters from the start. Perhaps the increased budget bought some better character writers? They were much more likeable, and the family dynamic was engaging and more importantly, watchable.

This film followed a similar formula, sure but I felt as if it dared to challenge the predictability of the first movie. The unanticipated jump-scares really got us with this one. I genuinely fell out of my chair during the scene where all the kitchen cabinets flew open. I will admit that for the entire duration of the film I was yelling at my monitor, “Check the damn security footage!”. Especially when poor Martine was fired for burning sage after a paranormal encounter. Eventually, she is rehired when Daniel finally realises, she was right all along and needs her help exorcising the demon from Kristi after she is possessed. Sadly, this meant essentially transferring the demon to Katie, explaining why she went insane and killed Micah in the first film.

In conclusion, at times I found this film genuinely scary, and the tension-building really worked to make it a very edge-of-your-seat watch. It left me wanting to go ahead and watch the third installment in the series whereas I would have not watched this one after the dismal experience I had watching the first. Despite my scepticism at the beginning of the series, I found myself getting more and more into it as this movie went on. I am looking forward to watching the third of the series with Emil and Serry! I could write more explaining the plot as I haven’t really gone into much detail on the actual events in the movie but let’s be real, we are all capable of looking up the plot on the wiki!

Just an afterthought, I hope the dog was okay. When Kristi was busy being possessed, Abby (the dog) was brought to the vet after being attacked by the demon and subsequently never mentioned again. Sadface.