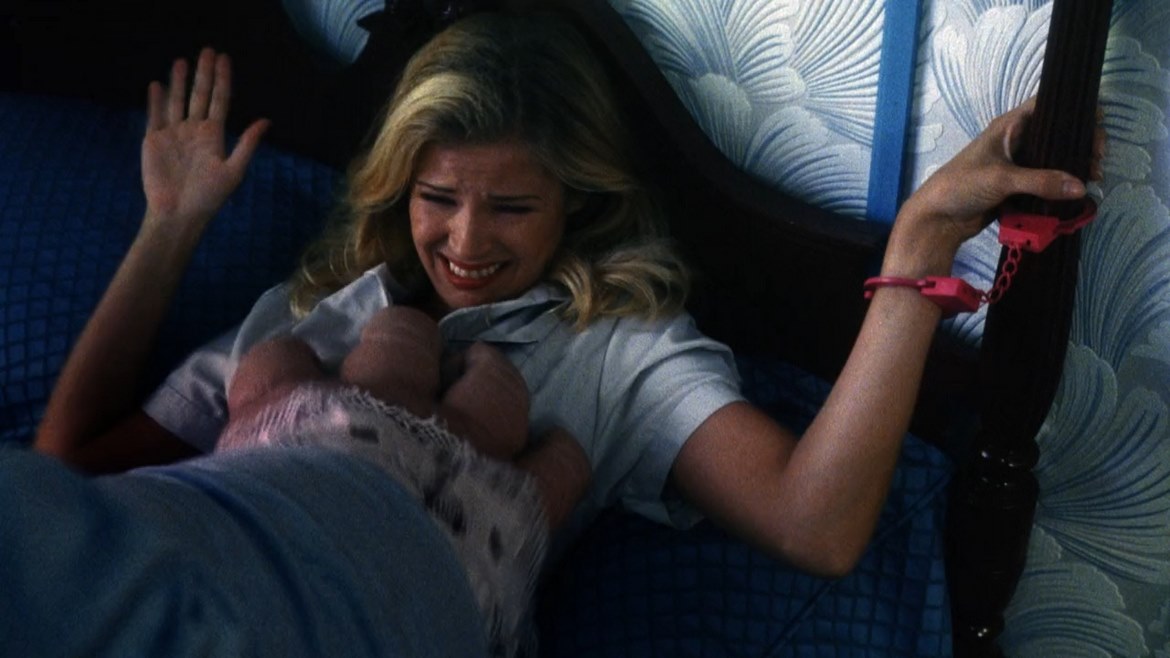 Oh boy, another Demonic Toys movie! Exciting stuff indeed, and it’s even with Dollman himself. Oh wait, it’s a clip show with a runtime of 60 minutes? Oh no… It’s gonna be bad, isn’t it?

So, detective Judith Grey is back for vengeance. Since her partner is dead and the hot dog boy just didn’t want to show up she needs a new ally. Handy dandy hardboiled Dollman and his busty sidekick Nurse Grey is there for some reason. So after 40 minutes of clip shows and exposition to other movies, it’s fighting time.

This movie is not really a movie but rather a promotional clip show of other movies loosely tied into each other. There’s new material interlaced with this but the new stuff isn’t that interesting, to be honest. The music is all over the place and the acting is just as bad as expected. The extreme hardboiled tryhard detective to the angry Judith and the dumb boobalicious bimbo. Dollman vs demonic toys could’ve been a good crossover but because of the clip show nature and the uninspired original scenes, it falls flat real quick.

With that said, there are some redeeming qualities. Even though they changed the baby doll’s voice to an annoying she/him(?) becomes the star of the show fairly quickly. With some stupid line delivery and one of the most uncomfortable prisoner scenes, I have watched in quite a while. Seeing baby doll hands caress a lady is an extremely uncanny valley thing to witness. But those few scenes does not make up for the drab rest of the film.

I can’t say I have much hope for whatever is left to watch in this franchise but I hope to be as pleasantly surprised as I got by some of the Final Destination sequels. Only time will tell if my love for possessed dolls murdering people in an old abandoned warehouse will be resurrected.