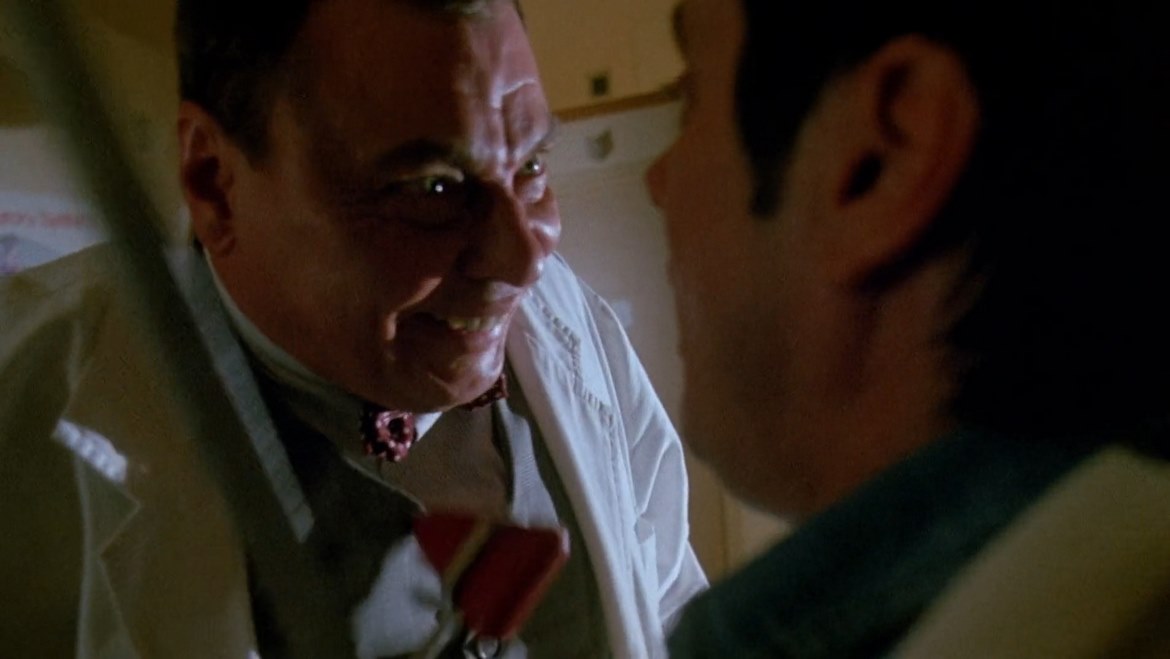 There once was a doctor that found a broken heart. This heart broke him and he became a folk tale in a small town. This is a premise that isn’t too rare but in the 90s they really knew how to run with a premise like this. And oh boy did they run with it!

This doctor that found a broken heart was the town’s doctor way back. The heart was his wife’s so he started collecting hearts to fix her. He failed and went insane. In all of this, he had a son that escaped the madness to be put into a mental institution. But all of the sudden he snaps as well and it’s time to come back to his hometown and finish his father’s work! As far as slasher lore goes it’s a pretty decent setup. Larry Drake shines as the demented doctor with a slight giggle problem. The rest of the cast is a bit less but slasher wise works well enough.

I fell in love with this movie! Dr. Giggles is all about the theatrical music, practical gore effects, goofy setting, and door-to-door murders. It’s all about the death scenes and you can feel the tender love that went into every one of them. But then there’s the dividing clash. As the movie goes on it jumps from comedy to horror back and forth. A constant tug-o-war of genre makes it understandable that this movie is not for everyone. I for one really enjoyed the extremes of both worlds. It made it into an absurdly fun experience.

If you enjoy classical gory slasher films with a huge dose of self-awareness and humor. Then look no further. Dr. Giggles has a bit of everything and Larry Drake truly carries the movie all by himself. Too bad there wasn’t a sequel. But… THERE IS A COMIC!

Anna And The Apocalypse (2017) – Zombiecal in Christmastime